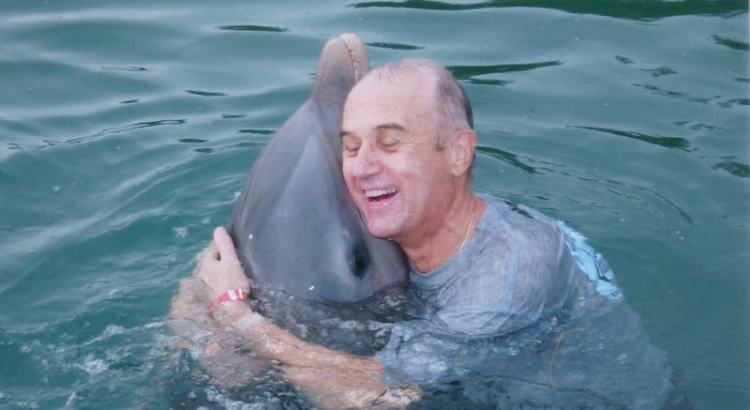 During my 27 years at The Province, I often sold stories to the paper about adventurous vacations. One was a trip to Beijing four months after the 1989 Tiananmen Square massacre. On the pretence that I was picking up laundry left behind by a Canadian student who had fled the country in the crisis, I gained entry to Beijing University, a major centre of the protest movement. I interviewed students who had witnessed the violence and wrote a five-part series when I got back to Vancouver.

After early retirement that I called “Freedom 59”, I embarked on a couple years of international travel writing that took me to East Africa, China, Japan, Ukraine, Peru, Mexico and the Bahamas.

The photo above was taken on Grand Bahama Island with the Underwater Explorers Society. Sharing a hug with a dolphin was joyous. It also felt good knowing the dolphins had weekly opportunities to swim freely in open waters and voluntarily returned.

Another joy was taking part in the Klezmer Heritage Cruise with about 160 others, mainly Canadian Jews, on a river boat down the Dnieper from Kiev to the Crimea and Odessa. We had an international band of klezmer musicians on board who joined with local musicians to play concerts at every port of call. With a close family member, I visited the village of Aleksievka, where my mother’s father was born, and Malin, where my father’s family may have got the name Malinsky, shortened to Mallin in Canada. I sold that story to The Province and a series to The Jewish Independent.

At the tail end of a press trip to northern Peru, I grabbed a couple days to see one of the wonders of the world, the ancient Incan city of Machu Picchu. Another press trip took me to the Yucatan in Mexico where I wrote about the Sacred Mayan Journey with other travel writers, including Kristy Stratton-Tolley, who I’m very happy to see is following my blog with great encouragement. Press trips are where a government tourism agency or private travel operator invites writers to participate in a all-expenses-paid tour with the stipulation that you write a story that gets published. That kind of travel is usually in a five-star bubble and over and done very quickly.

Wanting a deeper experience is partially what took me to Uganda in 2009-10 to live with the Abayudaya Jews. They are very poor, but when they heard that Ugandans in the country’s northeast were suffering famine, they gathered enough food to fill a pickup truck. I travelled with them and the Ugandan Red Cross to a remote village where they distributed food to the elderly and the sick. I chronicled that experience in a story for the Jewish Telegraphic Agency that was widely published.

More recently I’ve written articles for Business in Vancouver, but mostly focus now on editing contracts with a consultancy in Ottawa and a provincial agency in Toronto. Not so adventurous, but I can do the work in my boxer shorts and T-shirt, sipping coffee on my treadmill desk. 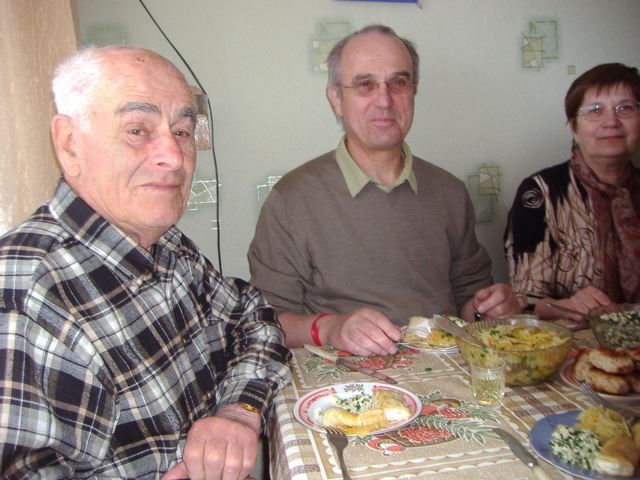 Home-cooked lunch with Lev Markovich, whose wife is a Malinskaya, in the town of Malin in Ukraine. We toasted with homemade potato vodka. 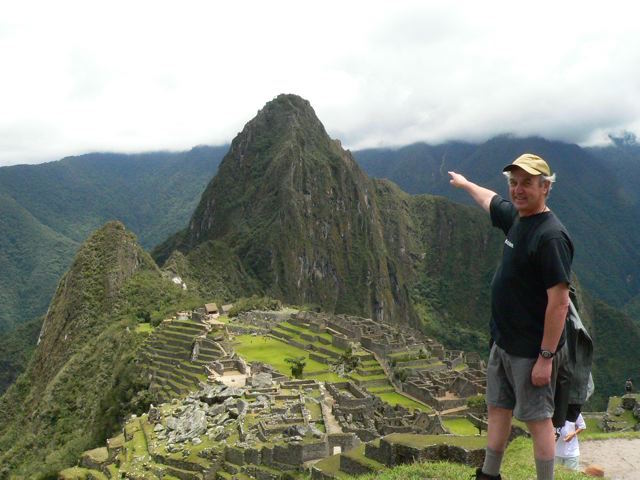 The thrill of reaching the Incan city of Machu Picchu high in the Andes. 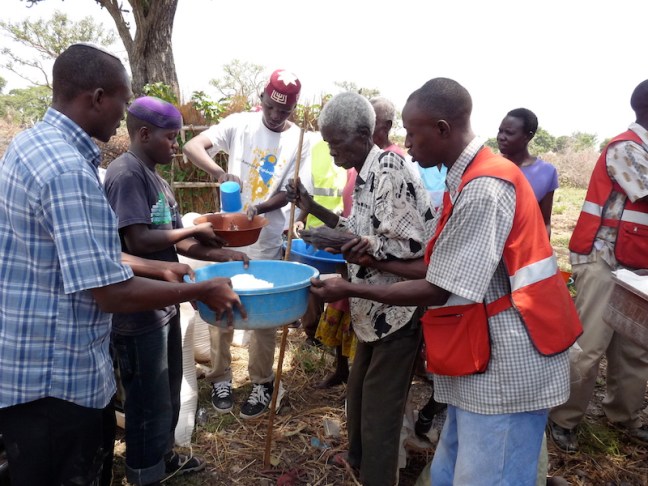 Abayudaya delivering food aid in the famine-stricken northeast of Uganda. 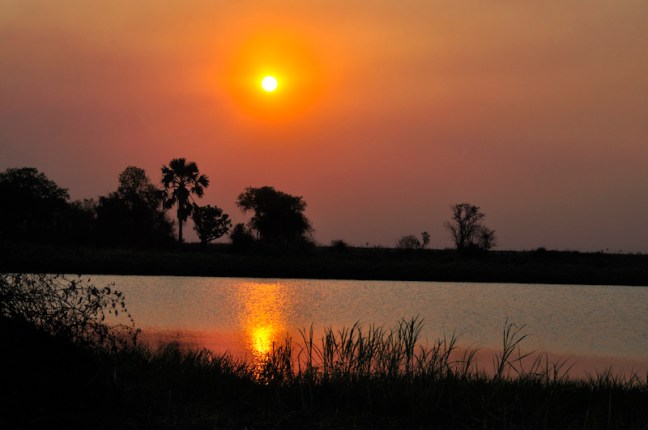 Approaching sunset over the Nile River at Bor in South Sudan.