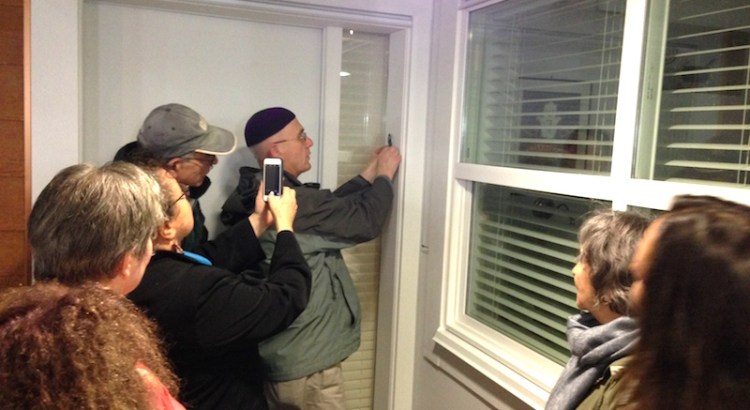 As I wrote earlier this week, art makes a home. And hanging a mezuzah makes a Jewish home. Today the guests for my monthly 2nd Friday Shabbat Dinner honoured me by helping me bless my new home at Vancouver Cohousing with a Chanukat Bayit – dedication of the home, kind of a Jewish housewarming.

A mezuzah is a parchment scroll containing Torah verses declaring the oneness of the Divine. The roots of the ritual go back to the Biblical story of the struggle by Moses to free the Israelite slaves in Egypt. To persuade Pharaoh to let the Israelites go, the Egyptians suffered a series of plagues, culminating in the death of the first born. As the story goes, God told Moses to tell the Israelites to dab sheep’s blood on their doorposts so the angel of death would pass over their homes (the origin of the name Passover).

These scrolls are hung in their ceremonial cases generally within 30 days of moving into a home, and frequently a party is held in order to accomplish this ritual task. My mezuzah case was made by a very creative close family member at the age of 12 or 13. 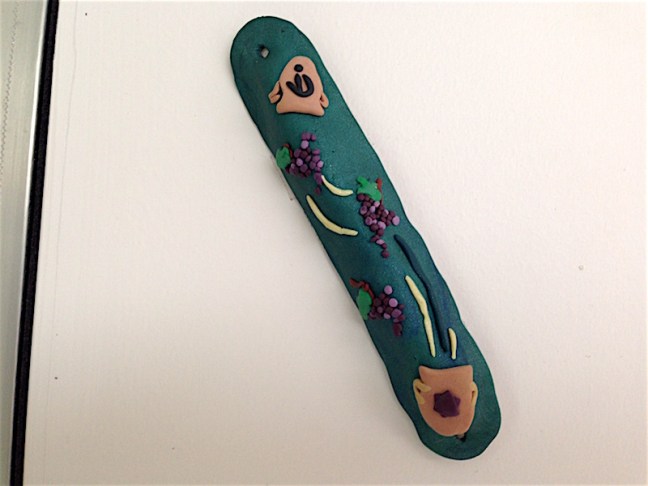 After reciting the appropriate Hebrew blessing, we trooped over to another cohousing member’s unit. Now middle-aged, she said she has had her mezuzah since she was 21 and never felt safe enough to put it up on her doorpost; but now she was ready to have it on her home. She put her mezuzah up with great feeling.

And then we enjoyed the first sit-down dinner in the common house since we moved in two weeks ago. It was a potluck with a great variety, including two eggplant dishes and I love eggplant. The group was a lovely combo of cohousers and folks who have previously come to my Shabbat dinners at my Kerrisdale home. We sang the Shabbat blessings before the meal, and afterwards I brought out my drum for some sacred chanting. 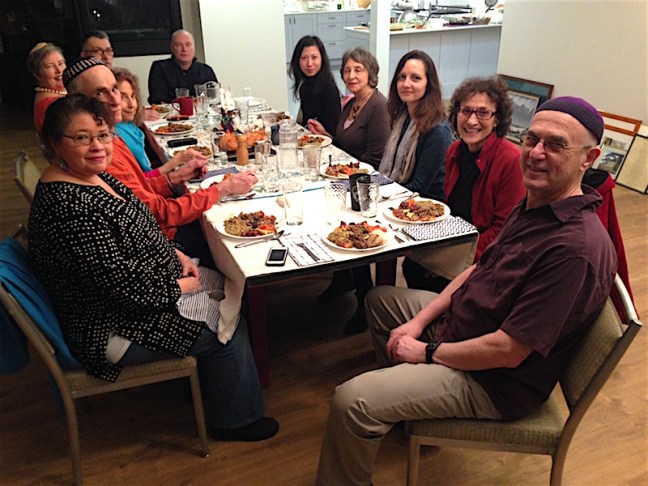 The mezuzah is a very positive symbol. While my home was under construction, I experienced a very negative symbol – one of the workers drew a swastika on a stud in the framing. Fortunately, I saw it before the drywall was installed and had the stud replaced. I reported it to Vancouver Police as a possible hate crime. Unsettling to be sure, but I doubt the jerk had any idea it was the home of a Jew. 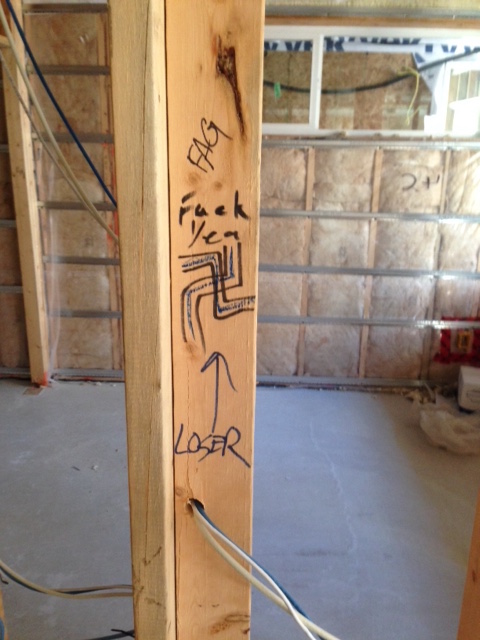