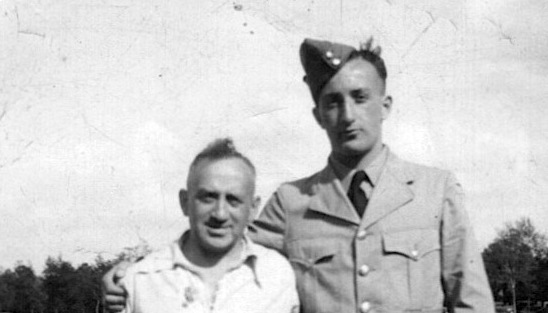 For years, our family joined my father, a Second World War veteran of the Royal Canadian Air Force,  at the Burnaby Cenotaph to mark Remembrance Day. After his passing at 85 in 2004 we’ve continued to attend Nov. 11 services wherever we’re living. Now an East Side Vancouver resident, I went for the first time to the cenotaph at Memorial South Park, off East 41st Avenue just east of Fraser Street.

The photo above shows my dad Hyman with his dad, Louis, in Winnipeg before he shipped out across the Atlantic on the liner Queen Elizabeth, converted to a troop ship, on which he served as a baker.

Many ships were sunk by German submarines, but his made the passage safely. He also survived when German warplanes strafed his base in southern England. Then he was posted for the rest of the war to a joint RAF/RCAF base at Castle Archdale in Northern Ireland.

My dad’s job was to service the carburetors in Sunderland reconnaissance aircraft that patrolled the seas to spot the enemy. In an amazing example of our small world, the grandfather of my cohousing neighbour Jeanie flew Sunderlands from the same base. They must have known each other. 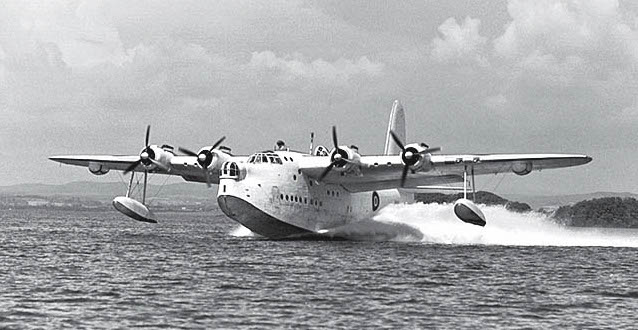 Sunderland reconnaissance aircraft at the base at Castle Archdale in Northern Ireland.

I attend Remembrance Day services out of gratitude for the tens of thousands of Canadians who have lost their lives serving our country, and in particular to my dad, who volunteered twice to enlist. The first time the army turned him down for bad eyesight, and then he joined the RCAF, shortly after marrying my mother, Molly Shuer.

My mother and father, Molly and Hy, circa 1941 in Winnipeg.

The services at Memorial South Park were dignified and moving. They included a bugle blowing the Last Post, singing “O Canada”, hearing a reading of the poem “In Flanders Field”, reverential bagpipe music and a flypast by a wartime-era plane. 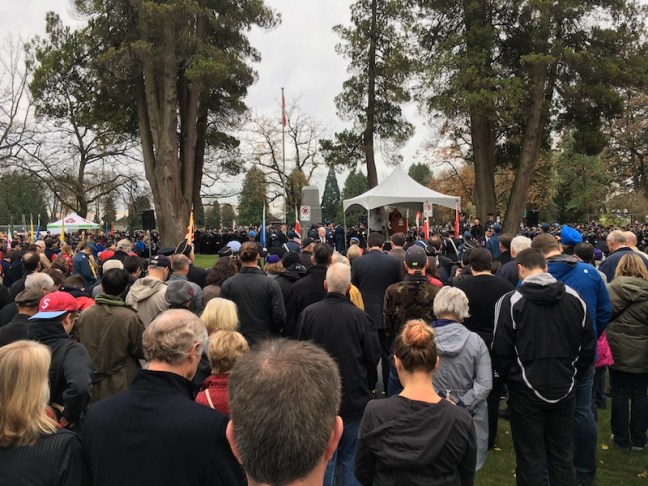 The crowd at Memorial South Park in Vancouver on Remembrance Day.

I slipped away while the wreath laying was underway, down a pathway lined with crosses, each with a photo and identification of someone who had died serving Canada. Across a field, I saw one of the park’s weeping willow trees. When I was a child, the branches reached down to the ground, creating a canopy that I imagined as a fort when I played under them. If not for the sacrifices of my dad and countless others, I would never have experienced that joy. I am truly grateful. 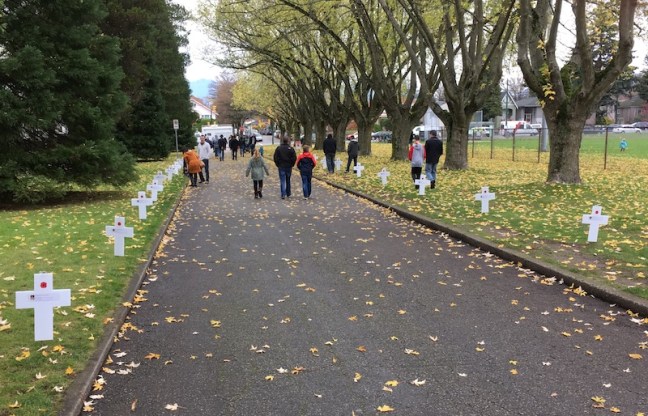 Pathway lined with crosses, each with photo and details of someone who died for Canada. 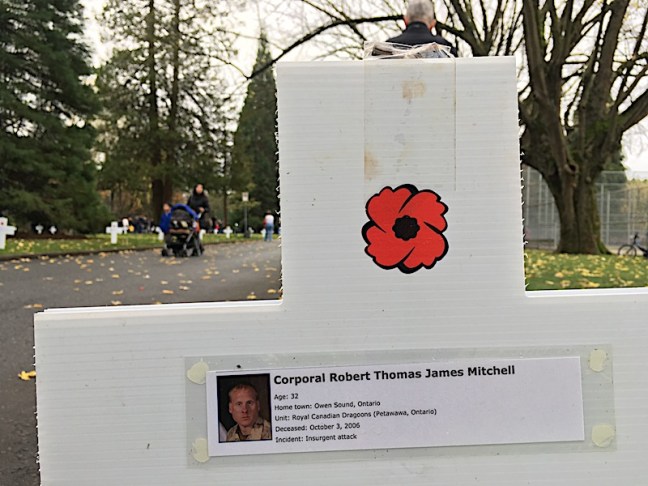 Detail of one of the crosses. 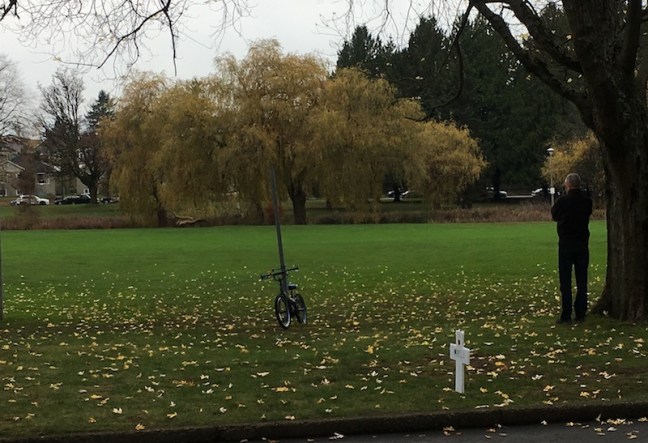 One of the weeping willow trees where I used to play under as a child.