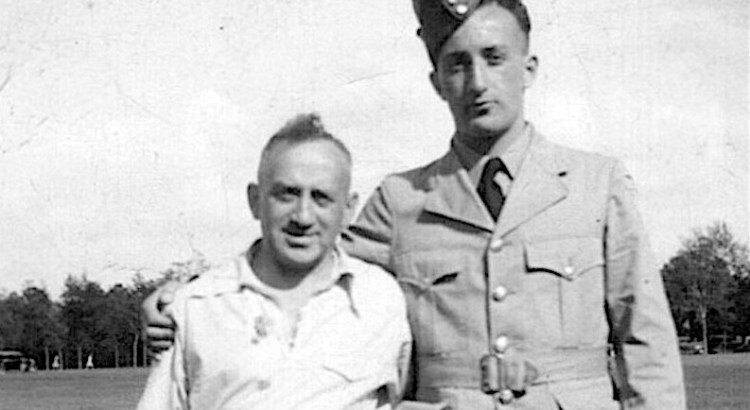 Today I got a call asking me to bring my father’s military records when I make a family visit back East for Passover. I received them from Library and Archives Canada in 2014 and pulled them out for a look this evening. My dad, Hyman Mallin, shown in the photo above in Winnipeg with his father, my zaida Louis, didn’t talk much about his service in the Second World War. The records tell more of the story.

I learned that Dad first tried to enlist in July 1940 in the army, which his older brother Sid had joined and was in active service. But he was rejected for bad eyesight. Then he applied in January 1941 for the Royal Canadian Air Force (RCAF) and officially joined as an aero engine mechanic on June 3, a month before he turned 23.

On March 27, 1943, Dad shipped overseas, boarding the troop ship Queen Elizabeth (a Cunard liner post-War) in Halifax and served as a baker before landing in England on April 4. At first he was stationed in southern England, where he recalled German planes strafed the base.

Then he spent the rest of the war with the 423 Squadron at Castle Archdale air station, a seaplane base for the Royal Air Force and the RCAF 120 kilometres west of Belfast. His mission – maintain the carburetors in Sunderland reconnaissance flying boats. And he played on the basketball team.

According to the website forgottenairfields.com, the station was located on the banks of Lough Erne. It was “an important flying-boat base for Coastal Command due its close proximity to the Atlantic, just about 30 miles away. Unfortunately those 30 miles lay across County Donegal, a part of neutral Eire, the present day Republic of Ireland. However a secret deal was struck between Britain and the Irish Republic, which allowed Allied aircraft to overfly Donegal along a narrow corridor to reach the Atlantic. This concession gave the Sunderlands and Catalinas an extra 100 miles range, which was crucial to the protection of the North Atlantic convoys, and the detection of enemy ships and U-boats.”

When the war ended in 1945, Dad returned to Winnipeg on a troop train. While everyone else filed off the train and marched in formation, he said he quietly left on his own. He had had enough. 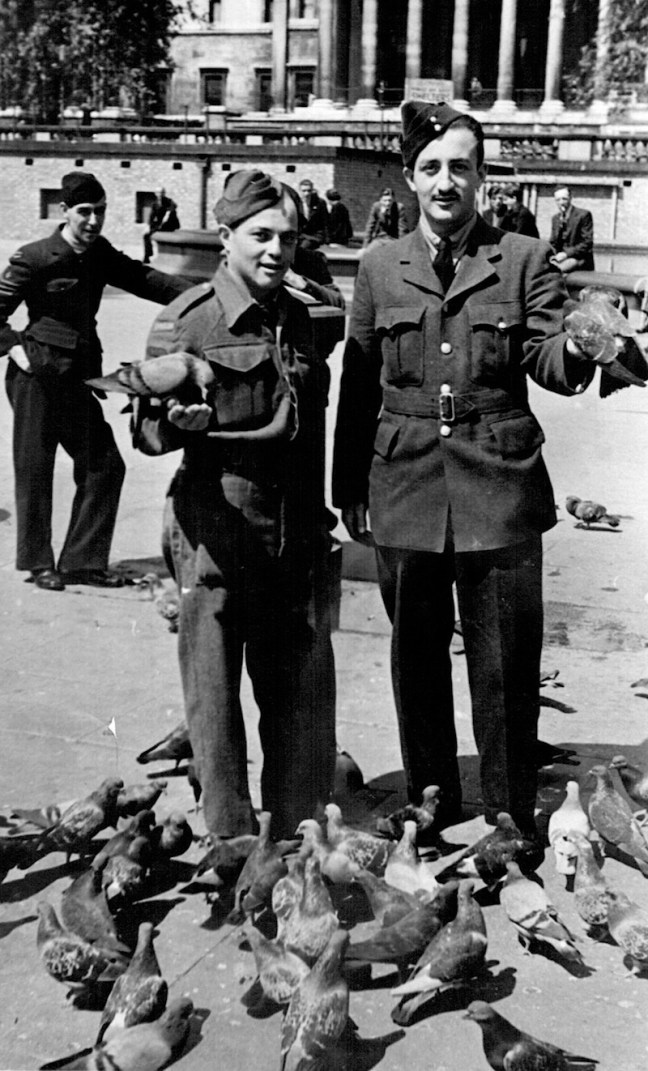 My dad with his brother Sid in Trafalgar Square in London. 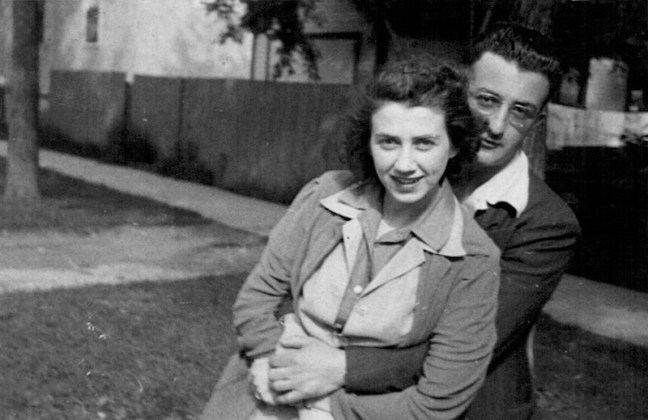 My mom and dad when they were courting in Winnipeg. 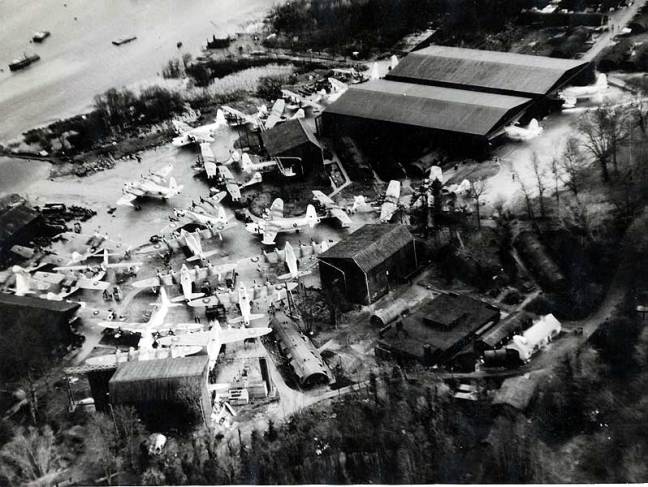 At Castle Archdale air station, the flying boats were pulled out of the lake, Lough Erne, before it froze over one winter.