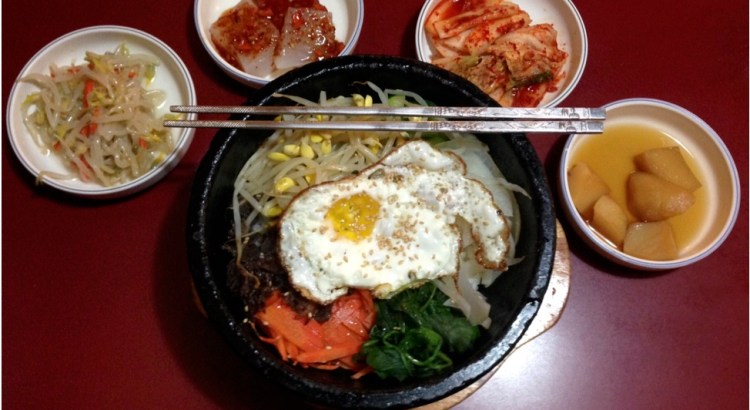 On the way to Dances of Universal Peace last night, I stopped at Spicy House Korean Restaurant on Lonsdale in North Vancouver for dinner. I’d never been there before but when I saw my favourite Korean dish, bibimbab, posted on the menu outside, I had to go in.

At Spicy House, bibimbab is cooked soybean sprouts, carrots, spinach, zucchini, a small slice of beef and a fried egg on a bed of rice served sizzling hot in a stone bowl. In South Korea, I was usually served more mountain vegetables, like fern fiddleheads. As with every Korean meal, mine last night was served with several side dishes – such as potatoes simmered in a savoury sauce, and kimchi, which is spicy, pickled Chinese cabbage.

Kimchi is a Korean staple, eaten with most every meal. For me it is also a not-exactly- kosher, guilty pleasure in restaurants, one that is at odds with my dietary practice. When I shop for kimchi in Asian markets, I make sure to check the ingredients and buy it without the usual tiny salted shrimp. But when I eat out, I can be pretty sure they’re there.

I call my dietary practice Eco Kosher Lite. It’s “eco” because it’s more important that my food be organic or local or both than have an official kosher stamp of approval that its production has been supervised by a kosher authority. It’s “kosher”, because I don’t eat pork or shellfish and I don’t eat meat and dairy in the same meal. That last point comes from a biblical proscription against “boiling a kid in its mother’s milk.” That has come down through the ages to mean no cheeseburgers in today’s world. And it’s “lite” because I don’t go crazy with separate sets of dishes for dairy foods and meat foods, and other strict practices.

I didn’t grow up eating this way. We ate everything in my secular home. My favourite sandwich to take to school was – gross-out alert – bacon and peanut butter. Once when my family went out to eat with my orthodox grandfather, my zaida Abraham Shuer, I ordered a Crab Louis and my mother kicked me under the table.

In 1997, at a Jewish spiritual retreat, I decided to get more serious about my Judaism and adopted my current dietary practice. It makes me more conscious of what I’m putting in my body, and I feel I’m connecting across the generations with my zaida.

Today I’m welcoming my friend Jack Resels to Club 69, show here with his lifemate Soorya, married since 1969. (Hey, that’s another 69.) They live in Belterra, the new cohousing community on Bowen Island. 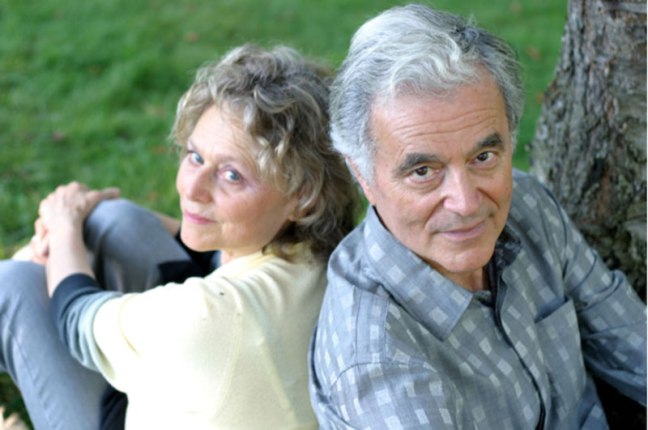 And I’m lamenting the passing of English actor Alan Rickman, who played so many great character roles, including Prof. Severus Snape in the Harry Potter movies. He was born on Feb. 21, 1946, and died on Jan. 14 reportedly of pancreatic cancer, after only being diagnosed a few months ago. 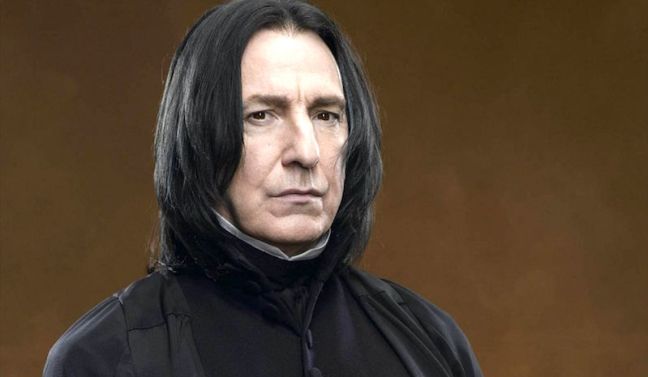