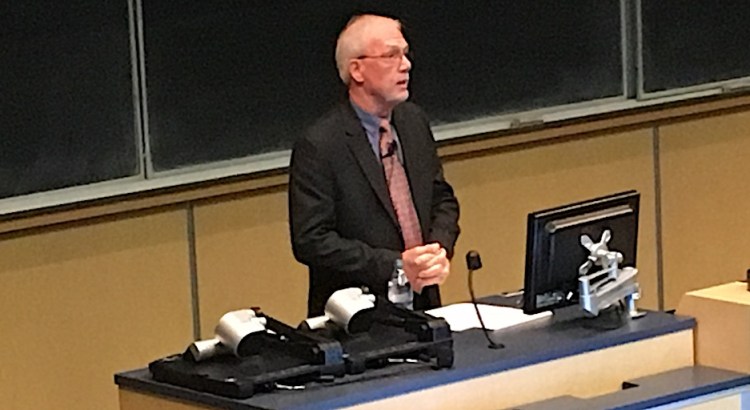 On the weekend I went to hear Walter “Robby” Robinson,  the former head of the investigative team at the Boston Globe who was portrayed in the Oscar-winning 2015 movie Spotlight by Michael Keaton.

The paper’s Spotlight team exposed the coverup of widespread sexual abuse by Roman Catholic priests, which led to more than 20 priests being convicted and jailed, and a Pulitzer Prize that Robinson accepted for the team in 2003.

Robinson, now the Globe’s editor-at-large, was speaking at the University of B.C. on “Spotlight on the church: How sex abuse went unnoticed for so long, and what it took to expose it.”

While he’s been called a hero, Robinson said the real heroes are the victims who came forward to tell their stories, many of them for the first time, some of them more than 50 years after they were abused.

I fear that with the death of so many newspapers and shrinking news staff of the ones surviving so far, that a scandal like the one in Boston wouldn’t be uncovered now.

The election of Donald Trump to the U.S. presidency is scandalous in itself. Robinson was asked in the Q&A after his talk about his take on it. He said Trump has such a hunger for attention, he may end up with the most transparent administration ever.

“Reporters are conflicted,” Robinson said. While they are horrified by the results, they realize it’s the most extraordinary story.