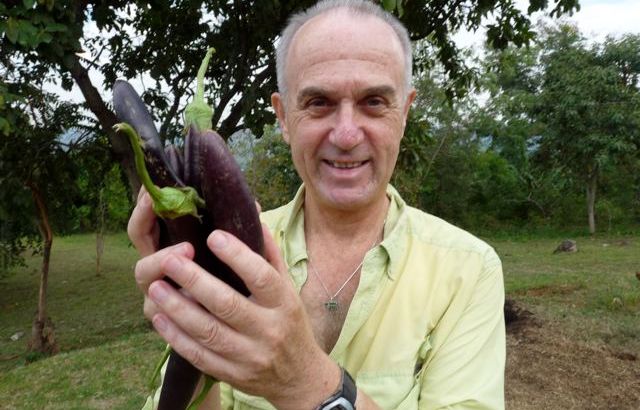 I don’t recall when I first fell in love with eggplant. It was never on the dinner table growing up, but the affair probably dates from when I began going to Chinese restaurants on my own as a teenager. I love to cook eggplant and to grow it. At one point when I lived in Uganda, I was determined to become the Eggplant King of Nabugoye Hill – see the photo above. (I’m surprised, for a period that was a little more than a year of my life, how often Uganda comes up in my blog posts.)

Most of the Abayudaya Jews, like their Moslem and Christian neighbours, are subsistence farmers. Eggplant was fairly expensive in the market, so I decided to grow my own. One of the farmers, Aaron Galandi, kindly let me cultivate some land between his banana plants. Together we planted 600 seeds. Unfortunately, there was no irrigation and not much rain. I didn’t water often enough. In the end, I harvested only 40 plants. But it was still a thrill to hold that modest bounty in my hands. 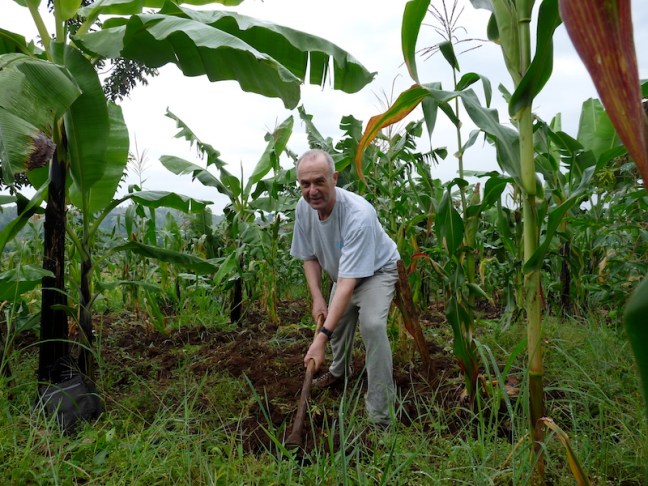 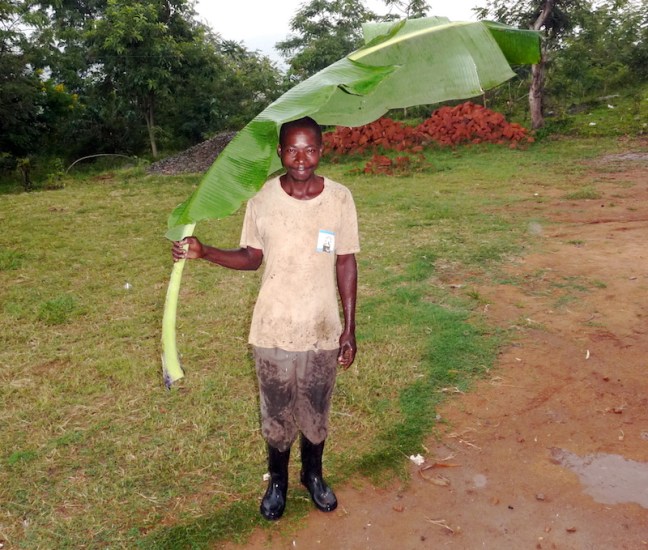 It was raining one day when Aaron Galandi came to bring me to his fields, so he hacked off a banana leaf for an umbrella.

When I go to restaurants, I look for eggplant dishes, eager to try something new. Japanese, Korean, Israeli, Thai, Indian, Persian – they’re all good. I like saucy food and there’s something about how eggplant soaks up and highlights the flavours. Sometimes the eggplant is lightly cooked and firm, sometimes it’s soft and melts in your mouth. I also love the purple colour, more and more of which is in my wardrobe

For years, my favourite meal to whip up in the wok has been Hot and Spicy Eggplant Sichuan-style (a close family member claims I made it twice a week). Instead of ground pork, I use the soy product called Yves Meatless Ground Round, which has great texture.

A more recent favourite is Soba Noodles with Eggplant and Mango (love mango, too!), from Plenty, the fabulous vegetable cookbook by Yotam Ottolenghi. Try the recipe, you’ll like it.

Are you an eggplant fan? Do you have a favourite recipe?