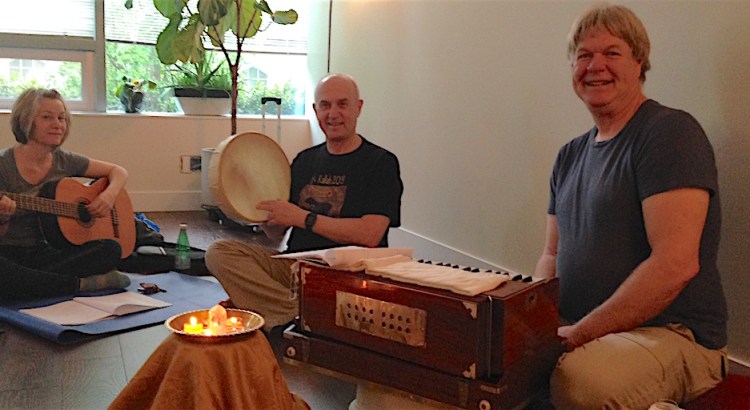 I spent a beautiful evening singing with my old friend Anand David. He hosts Singing Buddha Satsang and Meditation, at Empower Health on Commercial Drive. Anand was a frequent musical guest at my evenings of Hebrew chant a decade ago before we both left Vancouver for a while – him to California and me to Uganda.

Anand calls his events a space for sound wisdom. They’re on Saturdays evenings at 7, coming up on June 4 and 18. This evening he was accompanied by Lisa on guitar, and he invited me to play his frame drum. We sang his own wonderful chants in English as well as more classical Sanskrit kirtan.

I was most affected by this chant of Anand’s:

Anand encouraged us to embrace the darkness and see it as an opportunity for deep learning about the self. That’s a good lesson for me. I’ve been stuck in “light is good, dark is bad.”

Anand also spoke about the current full moon and Buddha’s birthday, which is today in the Tibetan tradition. That reminded me of my own brushes with Buddhism, although I’ve never considered myself a Jewish Buddhist, which has several abbreviated forms, such as Jewbu, Jewboo, Jubu and Buju.

Years ago I spent long enough in a Soto Zen monastery on the Japanese island of Shikoku called Niihama no Zuioji to come out of it with hemorrhoids from straining in a difficult seating position on the floor called seiza. I also read “The Jew in the Lotus”, Rodger Kamenetz’s excellent account of the 1990 encounter between the Dalai Lama and a group of American rabbis – including Reb Zalman Schachter-Shalomi – in Dharamsala to discuss “the secret of Jewish spiritual survival in exile.”

I continue to treasure the papier maché Buddha based on “The Jew in the Lotus” that a close family member made in high school. On the back it features the Shema – the central statement in Judaism that affirms the oneness of the Divine – surrounding a lotus blossom. The Buddha sits inside a Mogen David (Star of David) designed to look like barbed wire. 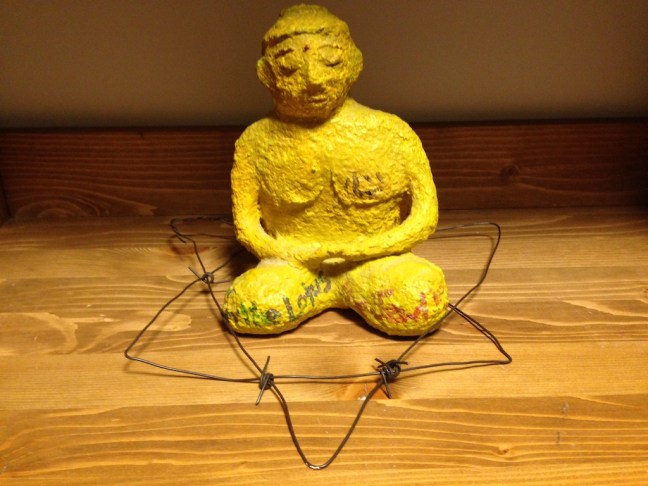 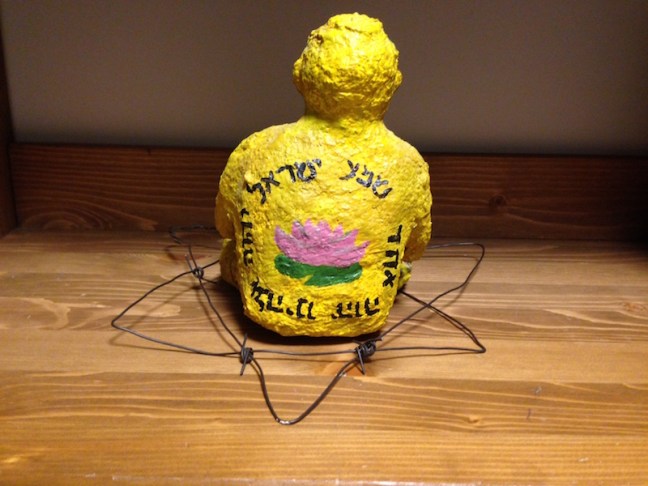