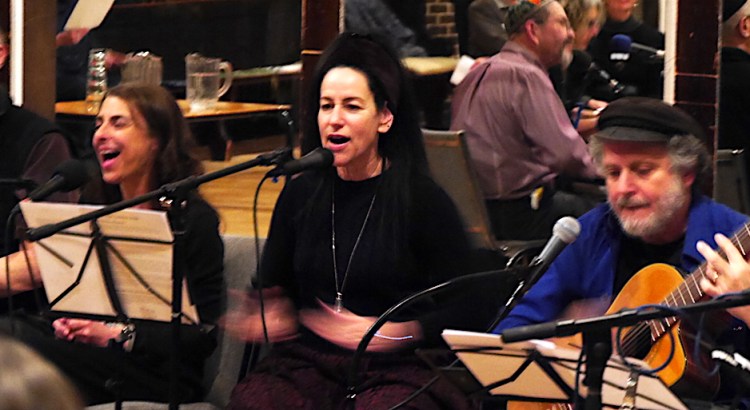 This past week, our Chanting & Chocolate Band loved presenting a night of Hebrew chant and niggun for enthusiastic participants as part of a series called “5 Ways of Engaging the Heart: Experiences in Inter-Spiritual Practices.”

It was wonderful to be invited by the Ecumenical & Multifaith Unit of the Anglican Diocese of New Westminster and St. Paul’s Anglican Church in Vancouver’s West End to bring our band to the Labyrinth Hall at St. Paul’s.

All of the audience had signed up for the five-night series that includes Sufi, Hindu, First Nations and Christian practices. Few had any experience of sacred chanting in Hebrew and, while some struggled to pronounce the words, their voices rang out in the acoustically live hall.

And they all seemed to dive into the meditative silence at the end of each chant when we paused to offer the possibility of experiencing a quiet mind and connection with the Divine.

At the beginning of the evening, Rabbi Hannah Dresner, spiritual leader of Or Shalom Synagogue (at left in the photo above), spoke about the tradition of niggun as evocative melodies, usually without words, developed by the Hasidic movement in Eastern Europe in the late 1700s, and Rabbi Laura Duhan Kaplan, who formerly held that post at Or Shalom (seated next to Hannah), explained the centrality of music in Jewish spirituality. She is currently director of Inter-Religious Studies at the Vancouver School of Theology.

I spoke about Hebrew Chant as a meditative/spiritual practice, and was joined in the band by Martin Gotfrit on guitar, violin and vocals; Eric Brown on bass; Charles Kaplan on guitar, oud and vocals; Charles Cohen, on percussion, synthesizer and vocals, and Wendy Rubin on keyboards, flute and vocals.

I am always so grateful to these marvellous musicians for playing with me. They do it for love, with all of the donations we receive at the door going to support the education of five orphans in Uganda, where I lived 2009-10.

Please join us for our next chant evening at Or Shalom, 710 East 1oth Ave., at 7:30-9 pm and stick around after for tea and my triple-chocolate brownies. Details at chantingandchocolate.com.

I want to thank Tom Esakin, organizer of the “5 Ways” series and a regular at Chanting & Chocolate, Fernando Esté, people’s warden at St. Paul’s, and Dale Pleven, sexton and building manager who wrangled the sound. 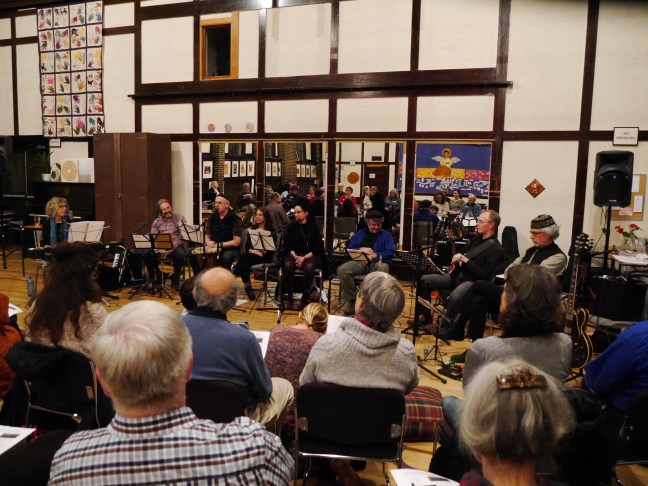 The Chanting & Chocolate Band in the Labyrinth Hall at St. Paul’s Anglican Church. 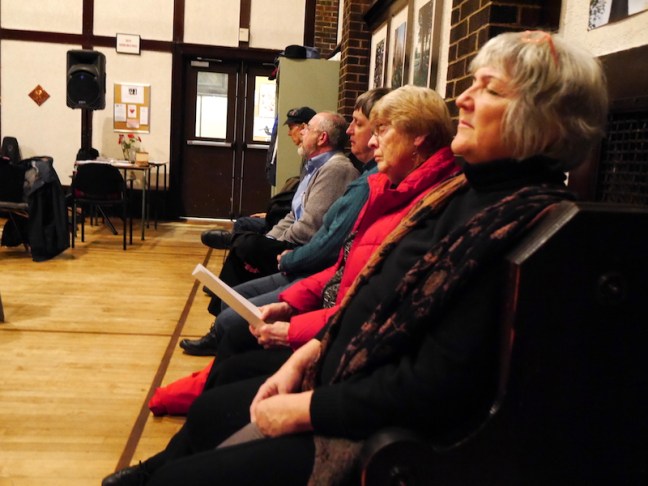 Participants sinking into the silence at the end of a chant.