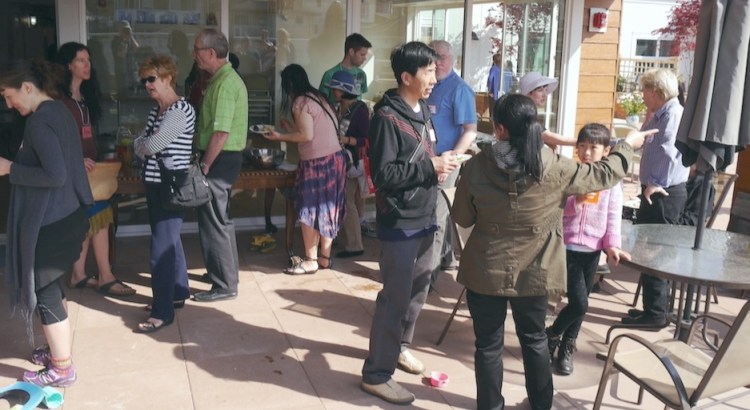 First, the block party: The weather was looking grey and foreboding in the morning, but the sun burst through in the afternoon for what turned out to be a wonderfully well-attended block party for the immediate neighbourhood around Vancouver Cohousing.

No one had RSVP’d to the invitations we delivered but we were pretty sure curiosity would attract some of the neighbours. In the end, more than 40 people came to check us out and see for themselves. The teams of greeters at the front gate ran out of name tags and had to get more.

Many of our members contributed yummy savoury and sweet snacks. We had lots of one-to-one conversations getting to know each other and showing them our homes. Most people expressed how much they were impressed with what we built. But I also heard from the  neighbour directly across from us how it bothered her that construction began at 7 in the morning, and another neighbour to the west about damage to his driveway and some concrete that our contractor partially repaired.

Tours were organized of the common house. Mark and Cyrena played classical string duets in the lounge, and Ian invited me to drum with him as he entertained with children’s songs on our patch of grass in the courtyard. 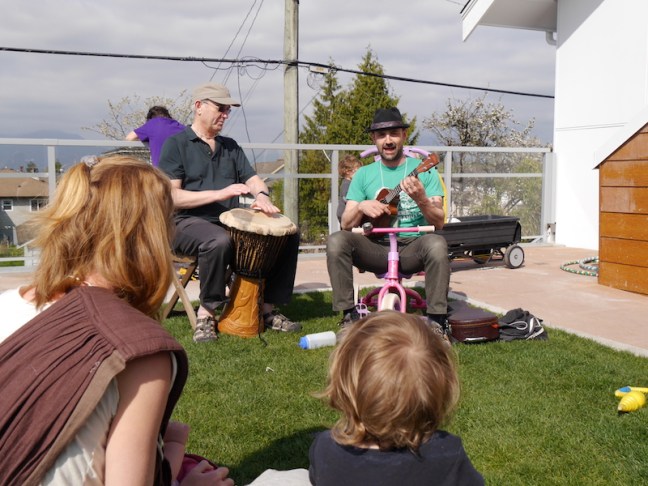 I’m very glad I took the initiative in our external relations committee to organize the party so we could begin building relationships.

In the evening, I prepared a curry called eggplant bharta for our Indian-themed community dinner on Monday. It was the first time I’d used the common house stove and the first time I’d cooked for 40 people. I totally forgot to turn on the fan, and when I was sauteing large amounts of onion in large amounts of oil, I triggered the very loud fire alarm.

Shortly, three firefighters appeared on the scene – see Taryn’s photo. I explained what happened and after a little while they left. Fortunately, the fire department doesn’t charge for answering alarms. They don’t want people disarming alarms to avoid a fine. 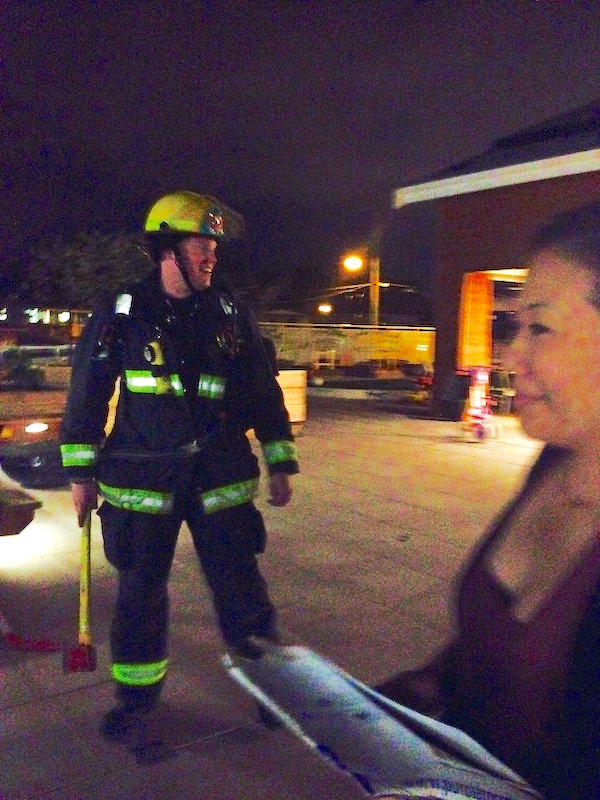