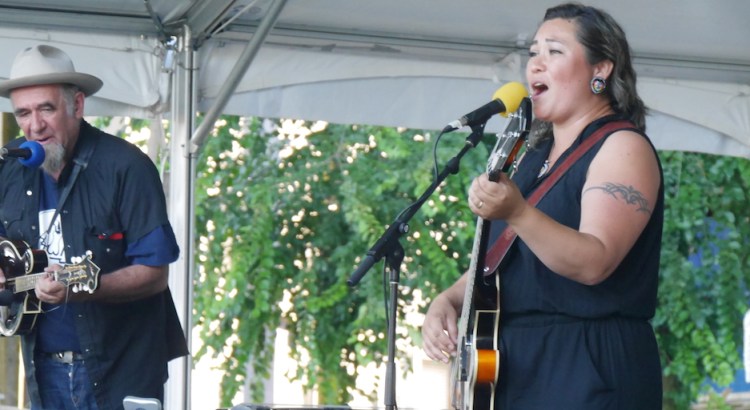 I’ve spent the morning dancing, singing and drumming in my kitchen to my new favourite tune, “Like a Drum,” written and performed yesterday by Yukon’s Diyet, who brought her band to the Powell Street Festival in Vancouver’s former Japantown.

The verses are strong and compassionate: “Will no one stand up and shout / for the boy being pushed in the school yard / for the beggar we know nothing about.” I find the chorus even more compelling: “Oh my heart, oh my heart, beats like a drum, like a drum for you.” For me, it celebrates both humanity and the Divine, the big You.

I can’t stop singing the chorus and may even bring it into this evening’s Chanting & Chocolate – 7:30 at Or Shalom, 10th and Fraser.

The free Powell Street Festival, which continues until early this evening at Oppenheimer Park, is marking its 40th anniversary as a showcase of the Japanese-Canadian community. Diyet’s link is through her Japanese grandmother, one facet of her diverse ethnic mix that includes Southern Tutchone, Tlingit and Scottish. 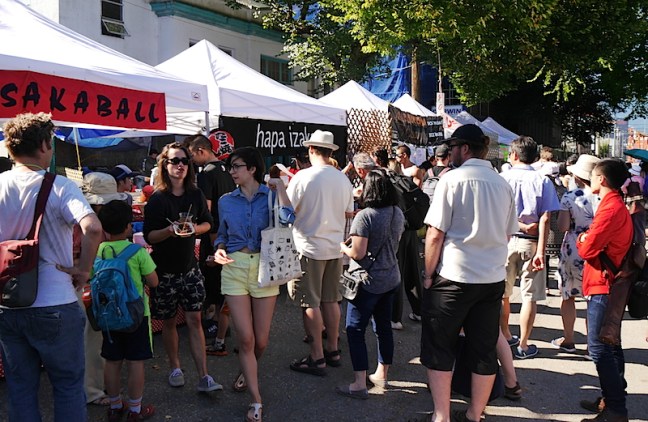 Powell Street Festival goers line up for the great food served up all weekend.

Vancouver had a vibrant Japantown in what is now known as the Downtown Eastside until after Pearl Harbour in the Second World War, which sparked the wholesale internment of the Japanese Canadian community, many of them born in Canada, mostly in camps in the B.C. Interior.

Post-War, they were forced to settle east of the Rockies or be “repatriated” to Japan, and weren’t allowed to return to the West Coast until 1949. The first and second generation – the Issei and Nisei – scattered to the suburbs, not wanting to be identified as a racial community.

The third generation – the Sansei – wanted to rediscover their roots and launched the festival in 1976. At that time, I was living in Toronto, and first discovered the festival after returning to Vancouver in 1979 with my Japanese-born wife.

I was amazed by the drumming by Vancouver’s first taiko group, Katari Taiko. Here were young men and women playing intricate rhythms on big drums, sweating, dancing and yelling encouragement to each other. This definitely was not the tea ceremony.

Now there are nine groups in Vancouver, one of which, Sawagi Taiko, I saw play yesterday. I was inspired by Katari Taiko to study in Japan for two years, and then played in Vancouver for eight years. More about that another time. 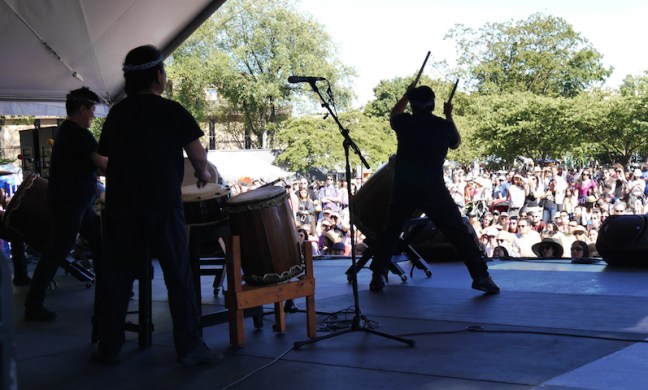