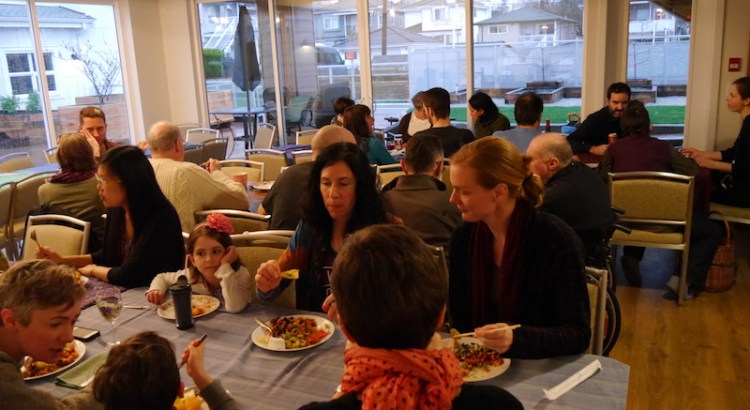 Today we enjoyed our first all-community sitdown potluck in the common house, marking the birthdays of both Vesanto and J-M, as well as exactly three years since Vancouver City Council approved our rezoning, a major milestone in the progress of Vancouver Cohousing. That called for serious cake – three of them, in fact. 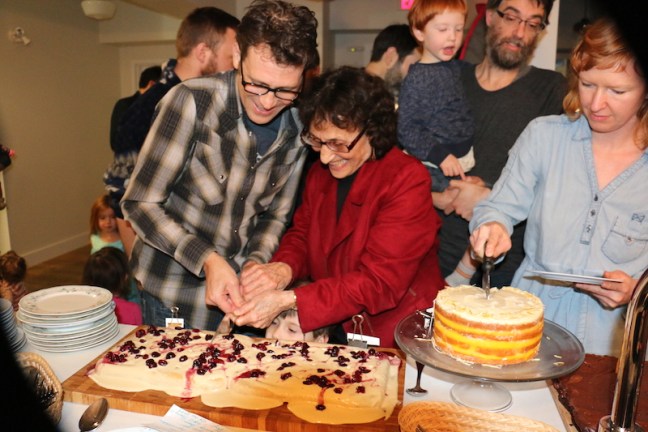 J-M and Vesanto cut the cake that she and Cam baked (J-M’s cake-loving son Xavier is right at eye level with the cake), while Stacey slices the gluten-free cake she baked while partner Noah and son Dash look on in eager anticipation. There was a yummy chocolate cake too. (Cam Dore photo)

During the dinner, I got to know Wade and Barry better. In cohousing it seems to me we seldom talk about our work lives. I learned more about Wade as a minister at a North Shore United church, and found out that Barry does surveys for private clubs from the command centre with three computer monitors in his studio apartment.

Barry told me he wants to join our new external relations committee, which met at midday and planned some initiatives. I’m also on the recycling committee, and common house groups for the yoga studio and shared office space. We all participate in committee work, as well as the future preparation of community meals that haven’t begun yet. 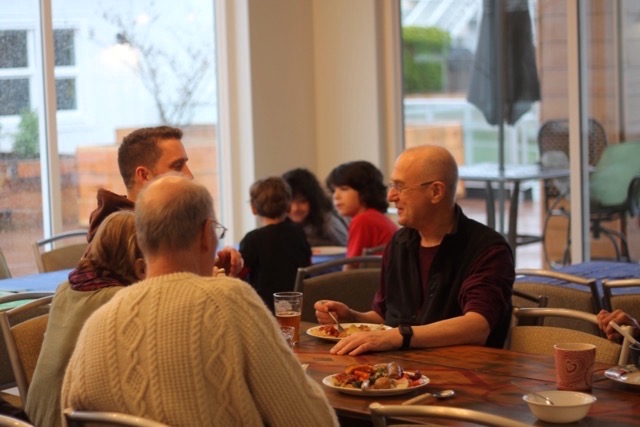 Earlier this afternoon I attended a meeting at Or Shalom where we are sponsoring three Syrian Kurdish families and a gay couple from Iraq. About 75 people from the synagogue and other communities came out on a stormy, wet day to get an update. We are ready to receive the refugees but they are being held up by the lack of processing resources. Two families fled to Iraqi Kurdish territory and are unable to get to processing centres in Lebanon and Turkey.

We heard from Kurdish Canadians and others involved in helping bring and resettle refugees.

Vancouver East MP Jenny Kwan, the NDP critic for immigration, refugees and citizenship, reported on meeting last week with the federal minister, John McCallum. She was disappointed to learn that no additional personnel will be sent to speed things up. But she was heartened to hear McCallum respond with an open mind to her suggestions: let the UN’s International Organization for Migration process the refugees’ applications from their office in Iraqi Kurdistan, and in the case of family reunification, let the relatives here apply on behalf on their family members and send the papers to the refugees to sign. We’ll be writing to MPs and the minister urging these changes. 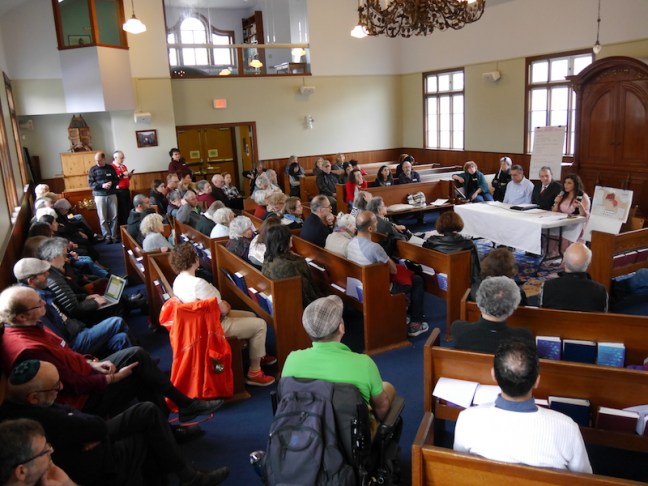 Sunday’s meeting on refugees at Or Shalom.