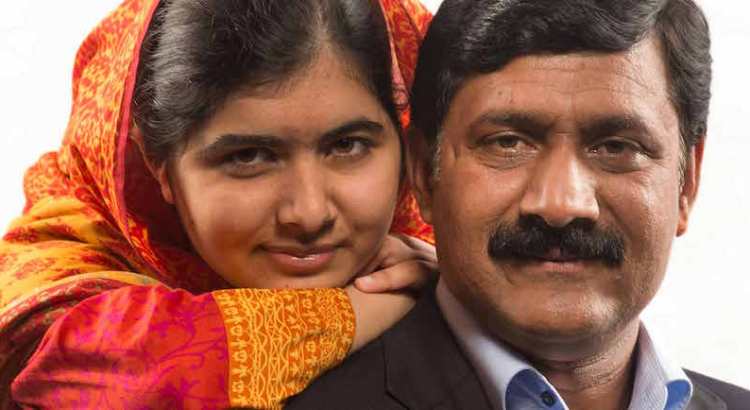 Tonight I hopped on my treadmill desk and watched an outstanding  documentary about a most remarkable young woman, Malala Yousafzai. It was a great hour and a half power walk and a transfixing film experience.

Her 2013 book was called “I Am Malala” while this 2015 film is called “He Named Me Malala,” signalling the key role her father Ziauddin has played in her life. I identified with his unwavering encouragement of his daughter.

Ziauddin, a teacher and advocate for education, named her after Malalai, a warrior woman and poet in Afghanistan who rallied Afghan fighters against the British but died in an 1880 battle.

I think everyone knows Malala’s story. Born in 1997 in the northwest Pakistani region of Swat, she became an activist for girls’ rights even as a young teenager. In 2012, a Taliban gunman entered her school bus and shot her in the forehead. It was touch and go whether Malala would survive, but after treatment at a hospital in Birmingham, England, she emerged from her coma, asking, “Where is my father?”. After many months of surgery and rehabilitation, she regained most of her physical abilities.

At the United Nations in 2013 in her first public speech after the attack, she said :

The terrorists thought they would change my aims and stop my ambitions, but nothing changed in my life except this: weakness, fear and hopelessness died. Strength, power and courage was born … I am not against anyone, neither am I here to speak in terms of personal revenge against the Taliban or any other terrorist group. I’m here to speak up for the right of education for every child. I want education for the sons and daughters of the Taliban and all terrorists and extremists.

Malala has since gone on to win the Nobel Prize for Peace at 17, establish the Malala Fund for girls’ education and speak all over the world. Her father has said:

People ask me, what did I do to make Malala so bold and courageous? I did not clip her wings.