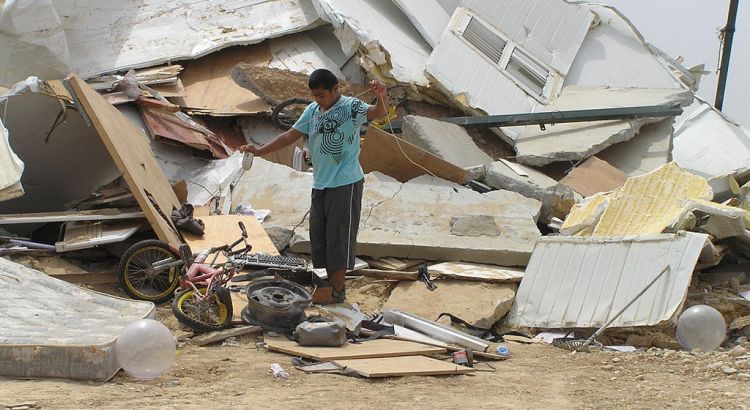 On Sunday, I wrote about joining a demonstration to stop rampant house demolitions in Vancouver. It made me think about listening here exactly a year ago to Dr. Jeff Halper, a Jewish-American Israeli and co-founder of the Israeli Committee Against House Demolitions. Also a member of Club 69. I admired his analysis and commitment to justice.

Tonight, my friend Avril Orloff sent a link for a very much related letter-writing campaign. I sent the 2,125th letter of a target of 3,200 for the Action Network letter campaign “Prime Minister Netanyahu: Don’t Build Jewish Communities on the Rubble of Bedouin Villages”.

Here is information from the campaign’s sponsor, the Jewish Coalition for the Bedouin of Um al-Hiran and Atir, and below is a link if you too are moved to send a letter:

Can you join me and send our letter to Prime Minister Netanyahu and President Rivllin? Tell them not to build Jewish communities in Israel on the rubble of Negev Bedouin villages.