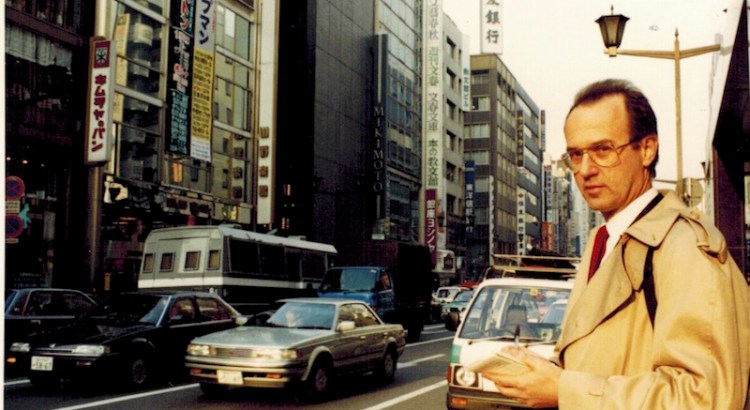 Tonight I worked on creating a prototype of a digital newsletter with a new app for a client, part of the freelancing I still do in retirement. Since I was a teenager, I’ve found ways to supplement my income and often add adventure to my life.

Early on at 19, after writing a 1966 feature on surfing at Long Beach on Vancouver Island for The Vancouver Sun, I got a gig as the surfing writer for a water sports magazine under the byline Waimea Jones. Hmm, kinda sounds like Indiana Jones.

The ’60s were the years I also freelanced as a writer and photographer for the Georgia Straight under the byline Sheikh Istanli, covering political protests and demonstrations, while I kept my day job at the Sun. I loved the darkroom in my tiny bathroom where I developed film and printed photos.

In Beirut in 1971, I wrote for The San Francisco Chronicle and Copley News Services. While there was no open warfare then, rival militias were shooting up each other’s cafes, and the Palestine Liberation Organization set up shop near where Betsy and I lived. A fearful visit to that PLO office convinced me I wasn’t cut out to be a war correspondent.

I did some leg work for the Middle East correspondent for The Daily Mail, a London tabloid. He sent me out to Beirut harbour to interview a British seaman stuck on board a ship being held over some issues. The sailor said life was pretty good, with food brought from the city as well as frequent movies. When I reported that to the correspondent, he said it wasn’t dramatic enough, and proceeded to concoct a story about the seaman’s outrageous treatment.

For a while when I lived on Quadra Island in 1972-73, I had a full-time job as the Campbell River reporter for tiny CHQB Radio. It was great fun to report stories on the side to the big radio station, CKNW, in Vancouver. My biggest freelance coup from there was to sell a story to the New York Post about the reclusive billionaire Howard Hughes being holed up at the Bayshore Inn in Vancouver as if I was on the spot instead of a ferry ride and more than 100 miles away.

In the mid-’70s, I was living in Toronto, and before I got a job as a copy editor at The Toronto Star, I did some freelancing. In the photo below, I think I was writing a radio play called “Wanopa” for which I received $50.

I was hired by The Province daily newspaper in Vancouver in 1979. Ten years later, I took a leave of absence and our family went to live in Tokyo where I worked for a U.S. financial news service. In the photo at the top, I was taking notes for a weekly column for The Province called “Japan Journal,” which was a great way to explore the country and its people. 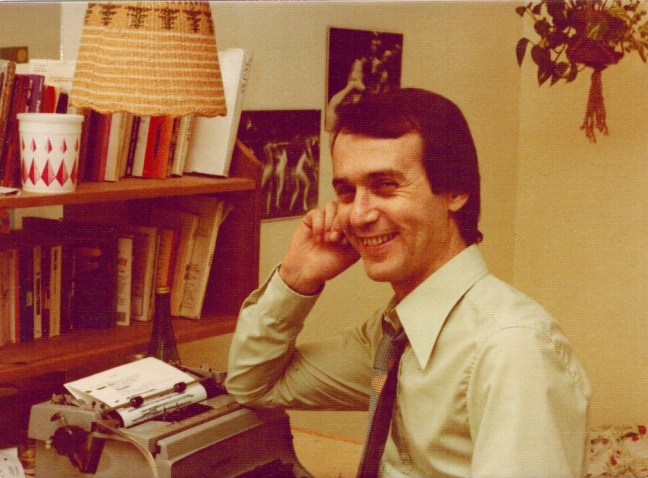 Portrait of a young man as a freelance writer. Toronto, circa 1975.