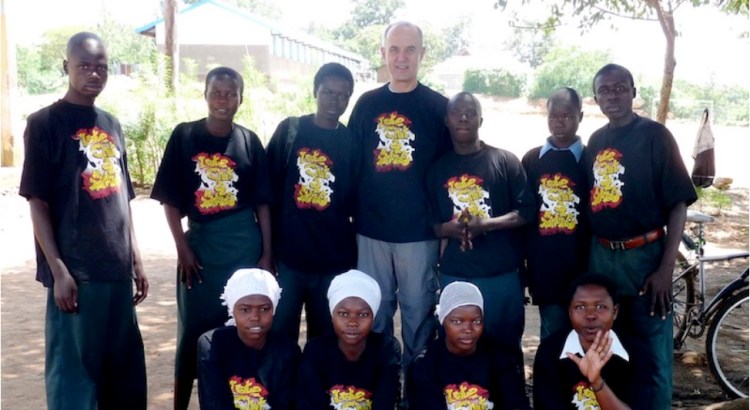 Yesterday’s post about Joel Wambi stirred memories of the 14 months I spent in Uganda. I travelled to the eastern Ugandan village of Nabugoye Hill in April 2009. In my life to that point, there had been almost no black people. As I approached Nabugoye, I wondered  what it would be like to be surrounded by black Africans.

But that wasn’t what first impressed me. What I saw were fellow Jews, living Jewish lives, keeping the sabbath, attending Shabbat services – just like me. I felt at home.

Home in this case was a sparsely furnished room in the new Abayudaya Guesthouse that had been built the previous year with funding from the San Francisco NGO Be’chol Lashon (In Every Tongue).

Before going to Uganda, I knew they didn’t need a journalist in a rural African village. So I took a course in Teaching English to Speakers of Other Languages at Greystone College in Vancouver. While most children in Uganda grow up speaking tribal languages at home, they are in most schools taught in English.

The Abayudaya – the word for Jews in the Luganda language – administer a primary school and a high school, where Jewish, Muslim and Christian students study. Another U.S. NGO, Kulanu (All of Us), has been instrumental in establishing and supporting the schools.

I taught English writing in both schools. At Hadassah Primary School – not related to the American women’s Zionist organization – I taught Grade 7 and the school’s teachers as well. At Semei Kakungulu High School, I was overwhelmed by marking the papers of 35 students. So I cherry-picked the top 12 and prepared them for the essay questions they would face in government exams.

Then I created spelling tests at the high school and chose the top students for a spelling team. They were inspired when I showed them the movie “Akeela and the Bee”, about a black girl in a poor middle school in Los Angeles who rises to become the top student speller in the U.S.

Our team practised endless lists of words and then we challenged two prestigious schools in Mbale, the district capital about 5 km (3 miles) away, to what may have been the first spelling bee in the country.

On the day of the Mbale Spelling Challenge, I hosted our team to lunch at the guesthouse and then we drove by minivan to Mbale Secondary School, a treat for the students who usually walked to town.

The spelling judges I recruited came up with a tough list of words. Our team struggled and came in third. Afterwards, all the contestants drank soft drinks provided by a local distributor and received certificates of participation. Every student also got a T-shirt from MTN, the top telecom in Uganda. The shirts promoted a service for youth with the slogan “Late chat 4 shizzle.” The irony of spelling students and their teacher to be wearing that didn’t hit me until much later.

Our students sang all the way back to the village. It had been a great day. 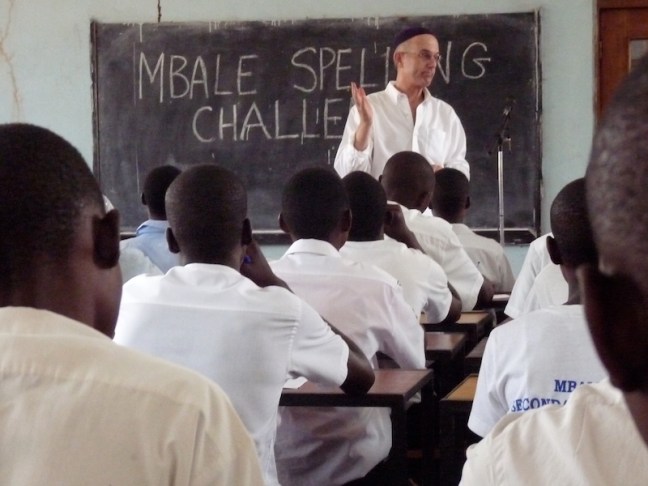 Explaining the rules of the Mbale Spelling Challenge. 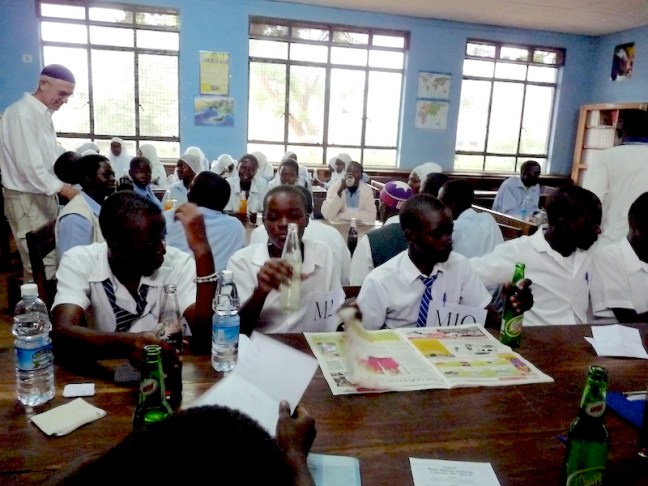