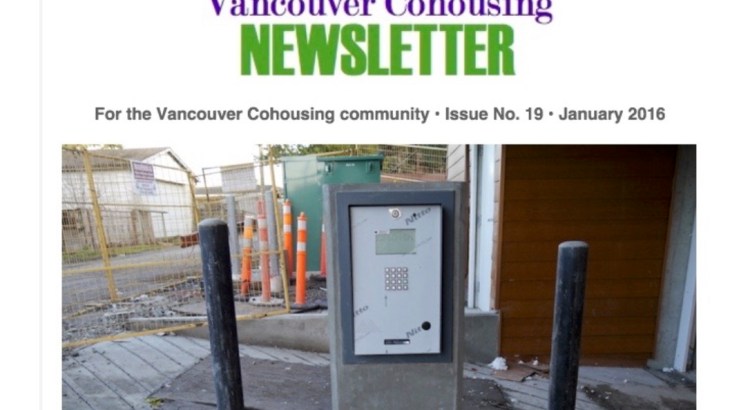 Tonight I published the latest monthly edition of the Vancouver Cohousing Newsletter for our community, perhaps the last issue before we move in February into our 31-unit complex in East Vancouver on 33rd between Knight and Victoria Drive.

The newsletter is one of my newest babies in a lifetime of birthing publications. The absolute newest is this blog, Being 69, coming to you daily since Dec. 30, 2015. I have always loved every part of the process of publishing – the writing, photography, editing, design and production. Not so much the business side. I even had a comic strip, Wry Lines, for a while.

The cohousing newsletter is digital, created online with the MailChimp app. That’s a mind-blowing technological leap from the hot-lead era of 1964, when I was a 17-year-old first-year student at the University of B.C. editing the freshman newspaper The Odyssey. I was working with the president of the freshman class – Kim Campbell, later to become, briefly, Canada’s first female prime minister.

When I launched the first student paper, The Tartan, at the opening of Simon Fraser University in Burnaby in 1965 I went really simple using a mimeograph machine. Within two months there were three student newspapers. The surviving one emerged as The Peak, which embraced the phototypesetting technology called cold type. Machines generated text printed on photographic paper.

My next baby was Discovery Passage, a biweekly newspaper I started in 1970s hippie days on Quadra Island. We began with electronic stencilling, soon upgrading to cold-type paste-ups that we sent by bus to Port Alberni. They came back as printed newspapers.

Most of my working life was in daily newspapers. As well, over the years I’ve produced newsletters on a volunteer basis, most recently for the first two years of Limmud Vancouver, the festival of unexpected Jewish learning. The third edition of LimmudVan is this weekend and tickets are still available.

Earlier this evening, Yossi and Debbie Havusha came over with their son, a fellow fan of Canada’s No. 1 tennis star Milos Raonic, who plays at 12:30 a.m. Vancouver time Friday in the semi-final of the Australian Open against Andy Murray. Yossi produces Yossilinks, Vancouver’s online Jewish community, and Debbie blogs on the website. A recent post highly praised her experience at December’s Chanting & Chocolate. On the last Sunday of every month, the January event is this Sunday at Or Shalom at 7:30 pm. I get the word out with a digital newsletter. 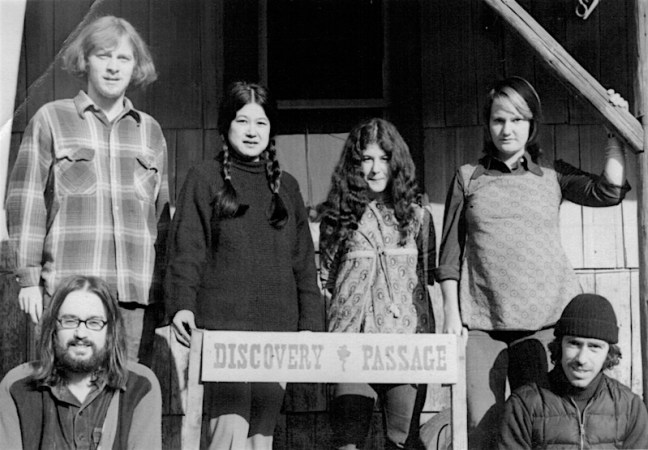 That’s me, lower left, with the staff of my newspaper on Quadra Island in 1972.