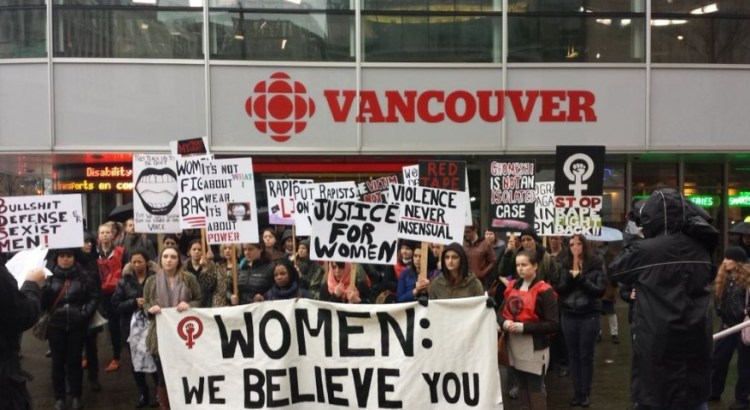 I woke up this morning to the news that the judge in the Jian Ghomeshi trial was delivering his verdict. Ghomeshi is the disgraced former CBC Radio host on trial for sexual assault and choking. Following the Globe and Mail‘s live blog from the Toronto courthouse, my heart sank with every post.

Justice William Horkins savaged what he called the inconsistencies and deception in the testimony of the three women complainants, acquitting Ghomeshi on all counts. This will put a chill on the willingness of future sexual assault victims to come forward and press charges. Canada needs to end the punishing style of questioning witnesses called “whacking”.

What will it take to bring about this change? Social protests, petitions, lobbying, political pressure, investigative reporting? A combination of all those? Whatever it takes to stop revictimizing the victims.

After the verdict, The Globe reported on the heated debate over how the justice system deals with sexual assault. By the evening, there were protest rallies in Toronto and Vancouver.

I can only hope there will be a different result when Ghomeshi faces another sexual assault trial in June.