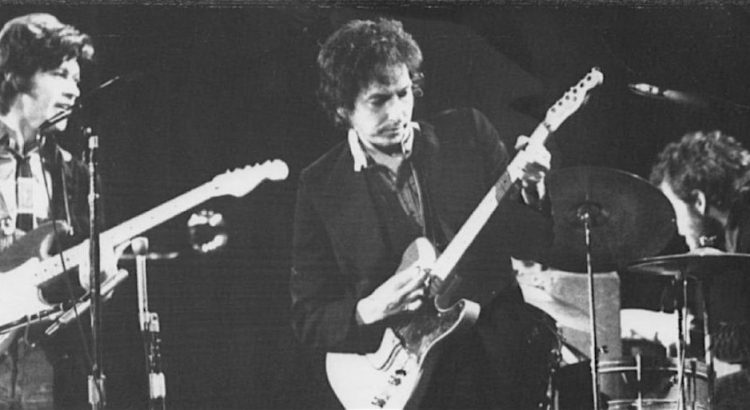 On Feb. 9, 1974, I drove to Seattle with a friend to attend a concert of Bob Dylan – who received the Nobel Prize for Literature today – and The Band at the Seattle Center Coliseum. It was a transformative show for me, a spiritual experience that changed my life – without being high on anything but the music and the energy of the crowd.

On the way back to Vancouver, I told my friend I was going to quit my job with the federal government and take a 40-day training with a mystical school called the Arica Institute. That was my first serious step on the path of spiritual growth, which has been an essential part of me ever since. 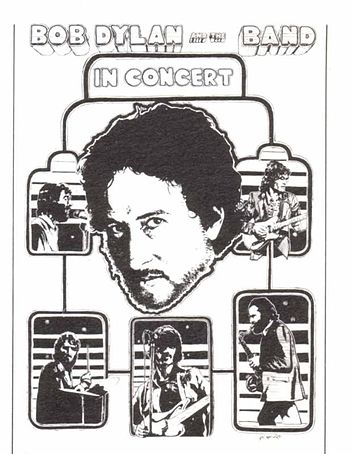 The photo is from that 1974 tour with Dylan flanked by Robbie Robertson and Levon Helm of The Band – my favourite band of all time – and here’s the tour poster too. The setlist for that concert included (thank you, Google, for all these details) “It Ain’t Me Babe,” “Knockin’ on Heaven’s Door,” “The Times They Are A-Changin’,” “Don’t Think Twice, It’s All Right” and “Forever Young.”

“Forever Young” has become a personal anthem that picks me up when I’m down. I like to crank it up in the car and sing it at the top of my lungs. It’s Dylan’s take on the Priestly Blessing from Torah, which the temple priests from whom I am descended used to channel God’s blessings to the people, and is also used by Jewish parents to bless their children at the Sabbath table.

Seth Rogovoy points out in The Forward newspaper that “Forever Young” invokes “the story of Jacob (‘May you build a ladder to the stars /And climb on every rung’) to connect it to his own youngest son, who would grow up to be a rock star.”

I first encountered Dylan’s music when I was still in high school. “Blowin’ in the Wind” was released in 1963, and not long after I was on stage at a Burnaby South High School event plunking out the chords on my guitar while a classmate sang the song.

I was also first exposed to Leonard Cohen when I was high school age, to his poems in “Love Where the Nights Are Long,” the first anthology of Canadian love poetry. Leonard is now 82 and I hope he lives long enough to be receive such an honour as the Nobel Prize. To me, his books, poetry and songs add up to a body of superb work greater than Dylan’s.