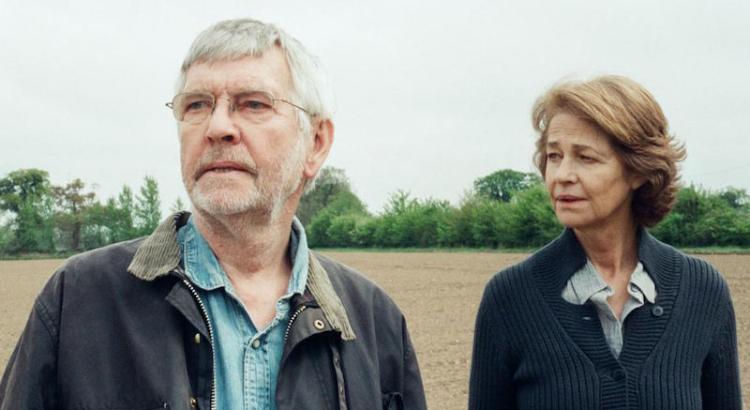 Tonight was Movie Tuesday for Roni and me. We saw the British relationship drama “45 Years”, starring Charlotte Rampling as Kate and Tom Courtenay as Geoff. It chronicles the week leading up to Kate and Geoff’s 45th wedding anniversary party.

A letter arrives confirming that the perfectly preserved body of Geoff’s previous girlfriend Katya has been discovered in a Swiss Alps glacier 50 years after she was lost in a climbing accident. As the week progresses, Kate discovers just how much she has been living in a ménage à trois.

Roni found the characters and what they had to say uninteresting. While the movie is certainly slow-moving, I found it very moving, even emotionally gripping. Perhaps the experience of surviving two divorces has sensitized me to how fragile and toxic a long-term relationship can be when it comes off the rails.

Rampling is a fellow member of Club 69 (she turns 70 on Friday), and Courtenay is 78. Their acting is superb, with Rampling the more nuanced. Both have won two European film awards for their roles and Rampling is nominated for an Oscar.

Tonight I was very happy to see the New Democratic Party sweep the two byelections in B.C. held today. Melanie Mark won handily in Vancouver-Mt. Pleasant, which is next door to the Vancouver-Kensington riding held by the NDP, where I’ll be living in our cohousing community. Federally, our address is in the NDP stronghold of Vancouver Kingsway.

The construction site today was a beehive of activity preparing for the City’s final inspection for our occupancy permit. Siding was going up and glass canopies were getting caulked. I was particularly pleased to see the beginning of our landscape plantings. I look forward to the trees in the courtyard budding and bursting with fresh green leaves in the spring. 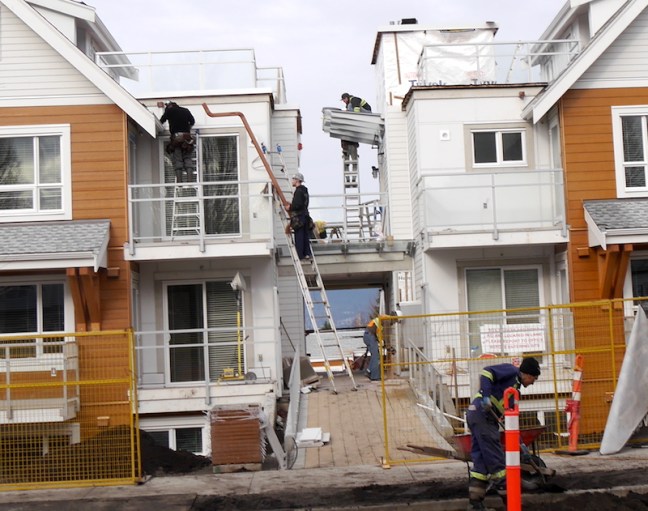 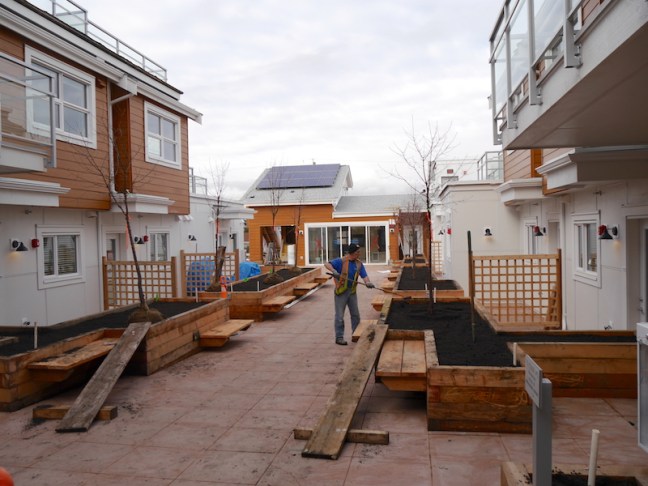 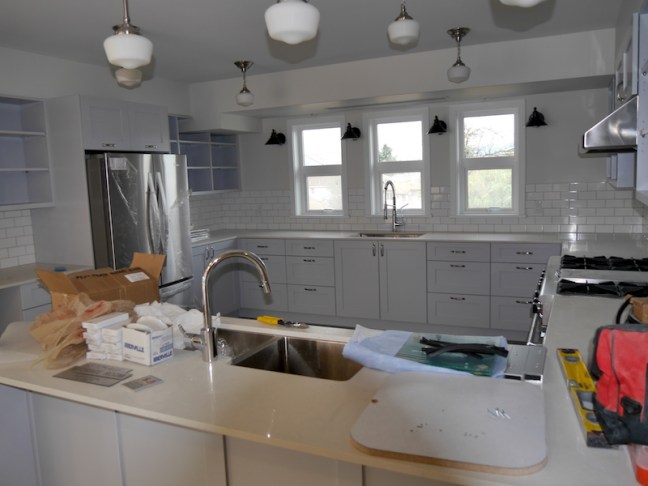 I took a quick peek at the kitchen in the common house.