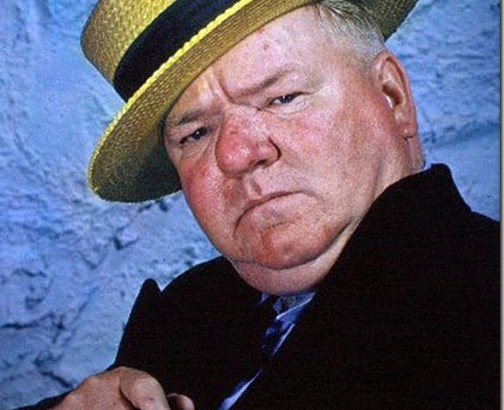 The comedian and actor W.C. Fields died at 66 on Christmas Day 1946, five days before I was born. What we share in common is a condition called rhinophyma, a rare skin disorder characterized by an enlarged, red, bumpy nose. Comedians had a field day with his nose. Here’s a line from ventriloquist Edgar Bergen’s dummy Charlie McCarthy:

Is it true, Mr. Fields, that when you stood on the corner of Hollywood and Vine, 43 cars waited for your nose to change to green?

My rhinophyma is nowhere as serious, and it’s neither painful nor life-threatening. It just makes me feel self-conscious and less attractive. I bring it up after some reflection in the wake of David Bowie’s death from liver cancer at 69 on Sunday. It’s been reported that he had suffered six heart attacks related to his cancer. Very few people reach this stage of life without at least some health issues.

I use medicated creams prescribed by dermatologists to treat my condition. I even booked a surgery appointment last year to have a carbon dioxide laser blast the offending tissue off my nose, which would have left my schnozz raw and oozing for a month to heal. Family members said it just wasn’t that noticeable, and I cancelled.

I’ve never wanted to be dependent on medications. However, today I picked up refills for the two I take daily. I was finding my voice getting increasingly thin and wispy and that alarmed me because I sing. I was referred to a laryngologist – a doctor with a special interest in voice disorders and diseases of the larynx. The specialist, who sings in the Bach Choir,  diagnosed GERD or acid reflux, and prescribed a drug that is very helpful.

Earlier in my 60s, I went to see a urologist, who diagnosed BPH – benign prostatic hyperplasia – an enlarged prostate, fairly common among men of my vintage. I take a daily pill that relieves some of the symptoms.

Of course, my infirmities are very minor compared to so many others. All we can do is our very best to stay as healthy as possible. I eat healthy foods, not counting the pancakes I made on impulse for dinner tonight while I watched Vancouver’s Vasek Pospisil get creamed by his doubles tennis partner Jack Sock – they won the Wimbledon doubles crown – in singles action at a tournament in New Zealand. This morning I played racquetball and went to yoga class after day 12 of daily practice. I’m standing on my treadmill desk as I write this.

People often say that aging sucks. I always say it beats the alternative.