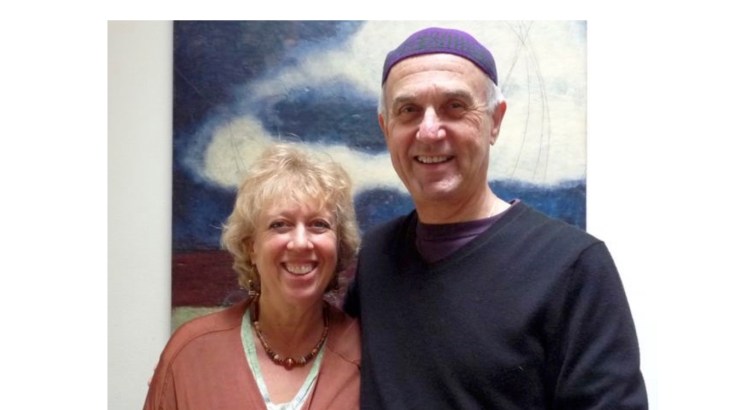 Since New Year’s Day, I’ve been doing a daily spiritual practice of sacred chanting, meditation and yoga – a goal I’ve never been able to sustain since my early days as a seeker in the 1970s. (Full disclosure, I’ve missed twice this month.) To help make the practice achievable, I’ve begun with five minutes of each, with the idea of adding a minute a month to build up to 20 minutes of each. I feel this work is essential for spiritual maintenance.

For the first part of the practice, I’m chanting along to an iPhone app called Flavors of Gratefulness created by my chant leadership teacher, Rabbi Shefa Gold (in the photo above). There are 36 different versions of chants for the morning prayer that begins “Modeh ani l’fanecha” (I am grateful before you), so it never gets boring.

For the meditation, I follow my breath, paying attention to the inhale and the exhale. When I get lost in thought, I come back to the breath. I’ve had some amazing Jewish meditation teachers over the years, including Reb Zalman Schachter-Shalomi, Rabbi Naomi Steinberg, Rabbi Jeff Roth, Sylvia Boorstein and Norman Fischer. And Shefa, who told us in her training to spend 20 minutes a day in the silent presence of the Divine. Another iPhone app, Meditation Timer, helps with the timing.

I do simple Hatha postures for the yoga portion. For years I took classes with Evelyn Neaman. More recently I’m taking classes with another excellent teacher, Karen Heaps at Vancouver’s Jewish Community Centre twice a week. When I told Karen about my practice today, she said she could tell that my body is getting less tight. That’s very encouraging.

I’ve taken workshops with Rabbi Andrew Hahn, known as the Kirtan Rabbi. By the way, kirtan means “praise” in Sanskrit, and it commonly describes devotional chanting, often in the call-and-response style. He’s made it clear that chant leaders need a daily practice.

But not only chant leaders. Kirtan luminary Krishna Das – originally Jeff Kagel, who says he was “born to Jewish parents” – prescribes it for everyone. As Brenda Patoine wrote on the website for The Bhakti Beat: Kirtan News, Reviews and Interviews:

Krishna Das has said it in so many workshops: “When you leave here, you’ve still got to pay the bills.” His advice? “Practice.” He doesn’t care if you chant, meditate, do asanas…whatever;  just do something. “There’s a reason they call it practice,” he always says. You’ve got to do it. As in, every day. 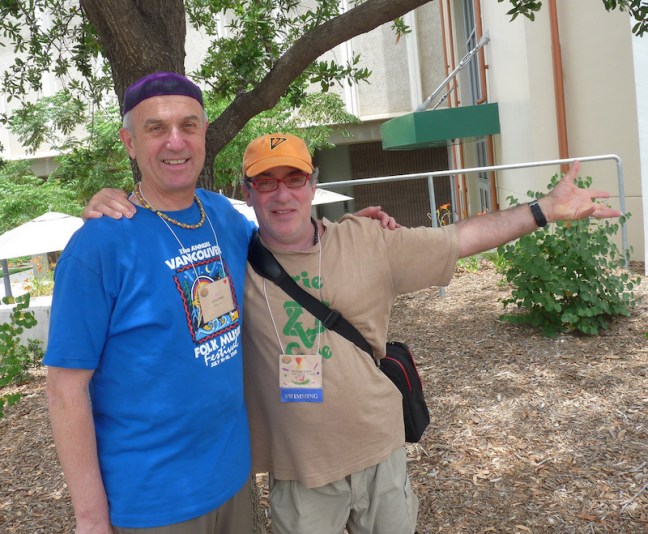 With Andrew Hahn, the Kirtan Rabbi. 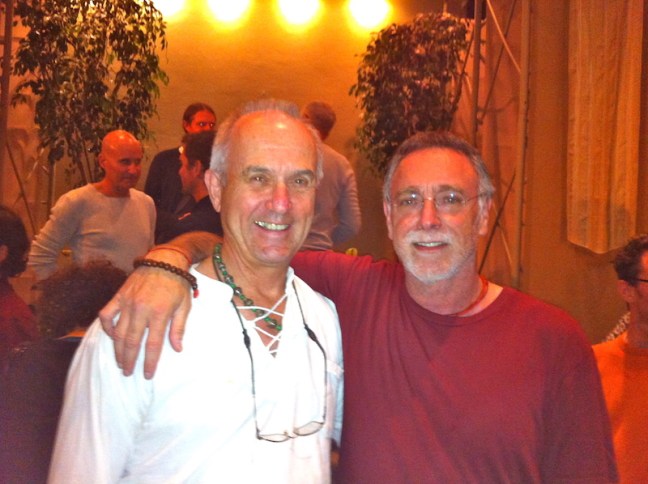