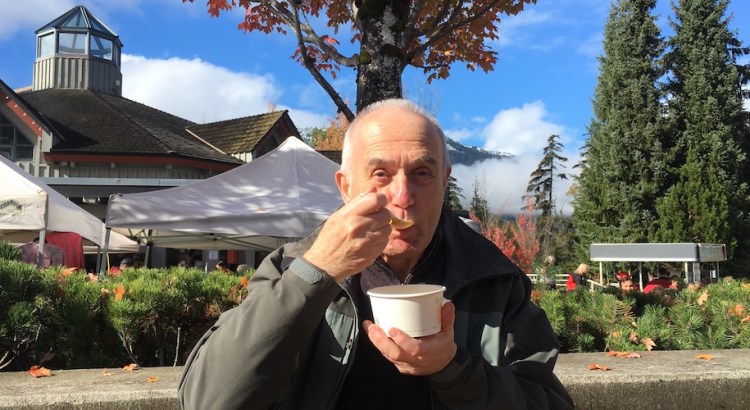 The 2016 Harvest Soup Contest in Whistler made Canadian Thanksgiving a culinary adventure. My Vancouver Cohousing neighbour Marijean and I stopped in at the event after the weekend at Tyrol Lodge with several households from our community.

A fundraiser for the Whistler Waldorf School, the event enlisted eight restaurants and hotels in a contest to see who made the favourite soup of the hundreds who attended. We all paid $6 to to sample five of the soups and enjoy a full bowl of the one we voted for.

That last soup, from the Fairmont Chateau Whistler, was the favourite of both of us – so richly flavourful from the first spoonful. And I learned today that it won this year’s Golden Ladle Award.

Marijean is gluten intolerant and carefully asked about the content of each soup. I avoided the ingredients that don’t jibe with my Eco Kosher Lite dietary practice – so none of the Alaskan King Crab & Butternut Squash Bisque and, because I’d already had the short ribs, I didn’t try the Truffled Chanterelle Bisque with Parmesan and Chives because of the dairy content. Not having meat and dairy in the same meal is part of my practice.

But I didn’t ask carefully about ingredients not mentioned in the name of the soup. I later saw the application form for the winning soup and saw the ingredients included cream. An oops, but not a huge deal. The “Lite” part of my practice is about not being crazy-making. 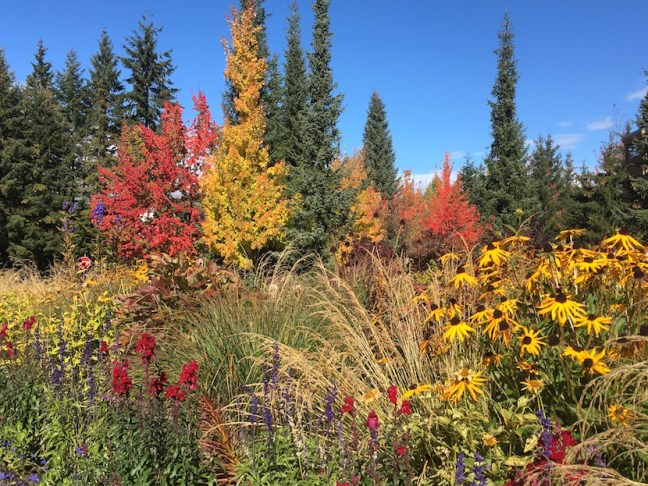