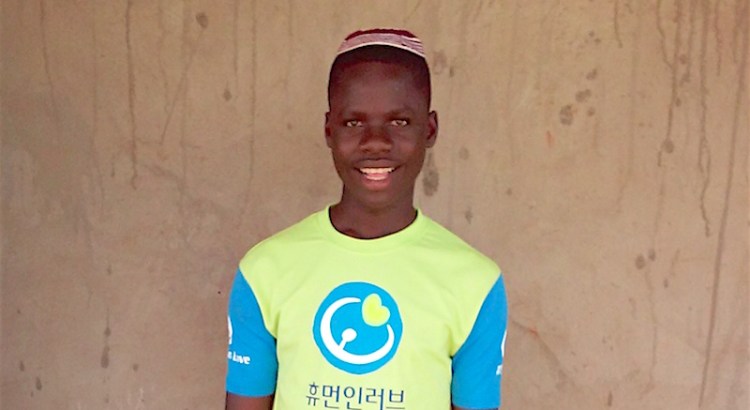 Joel Wambi will be a Bar Mitzvah boy on Saturday, Jan. 23. He’s one of the Ugandan orphans whose education is supported by donations we receive at Chanting & Chocolate evenings and my Shabbat potluck dinners. We have enough money for his education expenses but not to pay for his Bar Mitzvah – new clothes and shoes, and food for the guests who will congregate at the main Abayudaya synagogue in the red-dirt village of Nabugoye Hill, where I lived six years ago.

We need $150 Canadian for Joel, which includes the fee to wire the money to his teacher, Shadrach Mugoya of Namutumba, about 70 km (43.5 miles) from Nabugoye. I’m hoping there may be an angel or two who might help us put this money together. This is my Paypal donation link. If more than enough is donated, the extra will help with the education of the five orphans we support.

Shadrach, who has been preparing Joel for his big day, is enrolled in the rabbinic ordination program of ALEPH, the Alliance for Jewish Renewal, with which my synagogue, Or Shalom, is affiliated. Or Shalom has made Chanting & Chocolate and our initiative for the orphans an official project of the synagogue.

If you’re wondering about the Korean T-shirt Joel is wearing, Uganda gets used clothing from the developed world by the container load, which has devastated the domestic clothing industry. I was once surprised to see a young Ugandan in the market in Mbale, the district capital near Nabugoye, wearing a Vancouver Sun Run T-shirt. 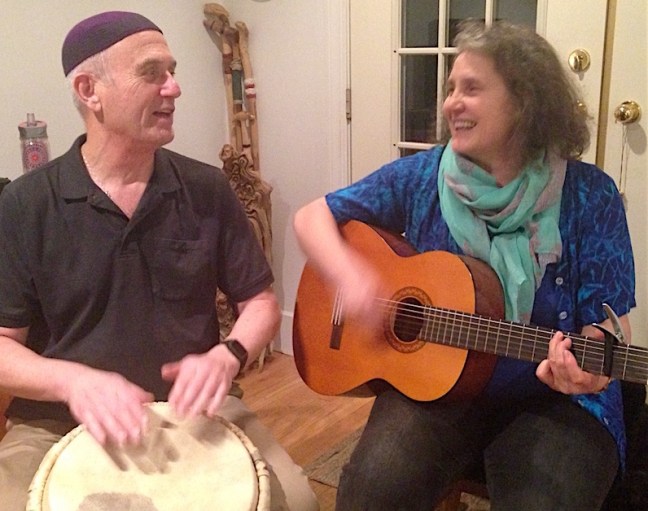 My purple kippa (Jewish skullcap) was crocheted in Nabugoye during my time there. When Semei Kankangulu, a powerful Ugandan military chief,  first declared himself a Jew in 1919, 3,000 people followed him. They knew they were supposed to wear a head covering but, cut off from the outer Jewish world, they didn’t know what it was supposed to look like. Living in an area with many Muslims, they adopted the shape of a Muslim kufi, and added the Star of David and other symbols to make it Jewish.

This evening I wore mine at Jutta Kanuka’s wonderful kirtan (sacred chanting) in North Vancouver, where I drummed and led a few Hebrew chants. It’s held on the second Wednesday of every month. This Sunday, she’s leading Dances of Universal Peace, at 7 p.m. at Anne MacDonald Studio next to Presentation House Theatre, 333 Chesterfield Ave. in North Van. Contact Jutta at poppymoonlight@gmail.com for more information.