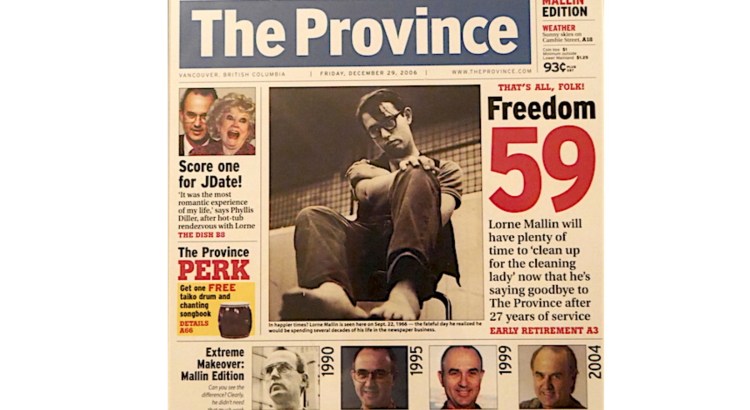 Did you miss me? Tuesday night I took my buddy Roni Rachmani out for dinner to celebrate his recent birthday and we caught a late screening of an excellent movie, “Concussion“. By the time I got home, it was almost 1 a.m. and I didn’t have the energy to blog, which takes me about two hours a day.

The movie stars Will Smith as Dr. Bennett Omalu, a Nigerian pathologist working in Pittsburgh who discovers the sometimes fatal damage caused by concussions in football. It follows his courageous campaign over several years to force the National Football League to finally admit that as many as 28 percent of league players were suffering brain damage.

The movie is all about shining a light in dark places. Which is what we used to say journalism was all about. The principle still exists in some pockets, such as Vancouver’s online The Tyee. But in the daily newspaper world, corporate concentration and desperate cost-cutting are relentlessly silencing voices.

Yesterday’s cutbacks at Postmedia  across Canada were a major topic of conversation as we ate Tuesday night. Roni writes from Vancouver for the major Israeli daily, Yedioth Ahronoth, and was a reporter in Tel Aviv on the media before immigrating here. I spent more than 30 years at daily papers, including The Vancouver Sun, The Toronto Star and The Province, where I took early retirement in 2006. I’m glad I got out when I did. The main image in today’s post is from a fabulous fake front page full of inside jokes that colleagues presented to me on my last day.

Roni and I see newspapers dying a slow death everywhere. Many papers are reducing the number of days they produce print editions and flailing in their attempts to make digital news gathering profitable.

When I was at The Province, people in the newsroom were constantly speculating about when the paper would be killed off. Tuesday was a big step in that direction with the Sun and Province newsrooms being merged. I got a hint of that when I contacted the human resources department recently about a pension issue and learned the email address is now @sunprovince.com.

There is still good journalism at the Sun and Province but the papers are pale shadows of their former selves. For my news, I subscribe to the Globe & Mail on Friday and Saturday, The Economist weekly magazine, and for the rest I go online and CBC Radio 1. I also try not to miss my old SFU friend Allen Garr’s solid opinion pieces in the Vancouver Courier.

Where do you get your news? Is there life after newspapers? 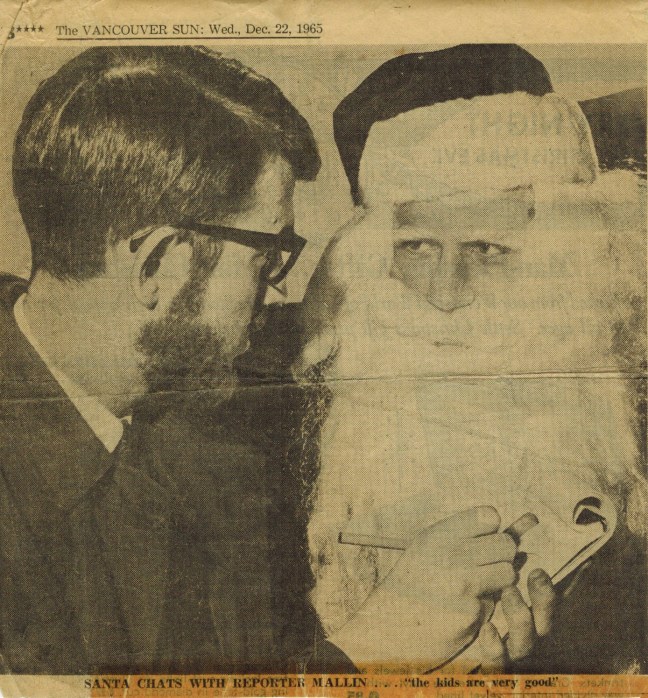 As an 18-year-old reporter at The Sun, one of my first assignments was to interview Santa Claus.