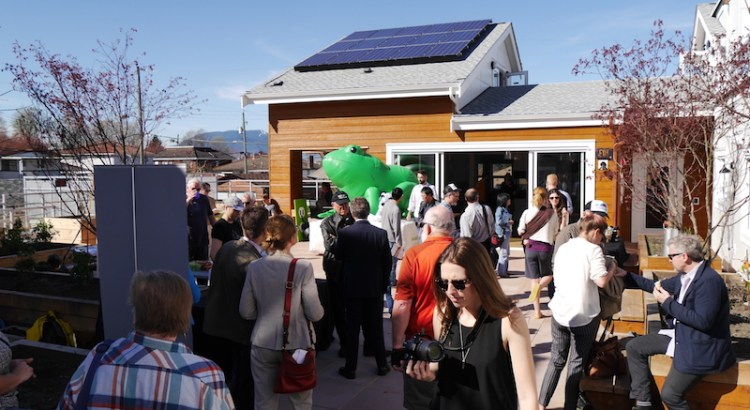 In the main photo, you can see 15 of the 90 photovoltaic panels on our rooftops that are generating clean power for use in our common areas, such as the common house and parkade. 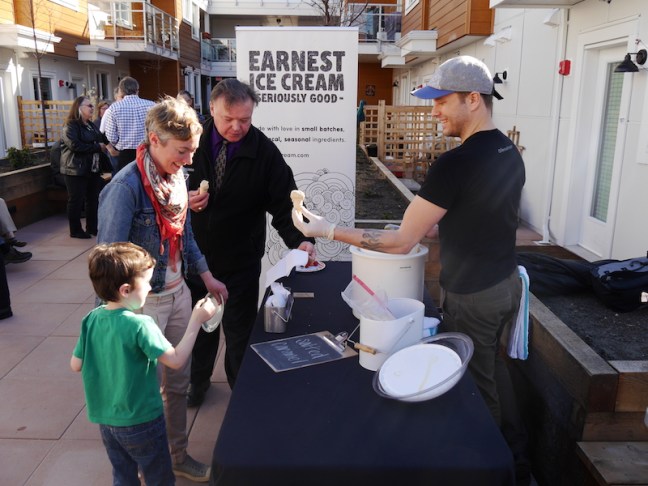 Many of us took advantage of free salted caramel ice cream, supplied by Earnest Ice Cream – owned by fellow cohouser Ben Ernst – an investor in SolShare Energy, which created the project. SolShare is a subsidiary of Vancouver Renewable Energy Cooperative. 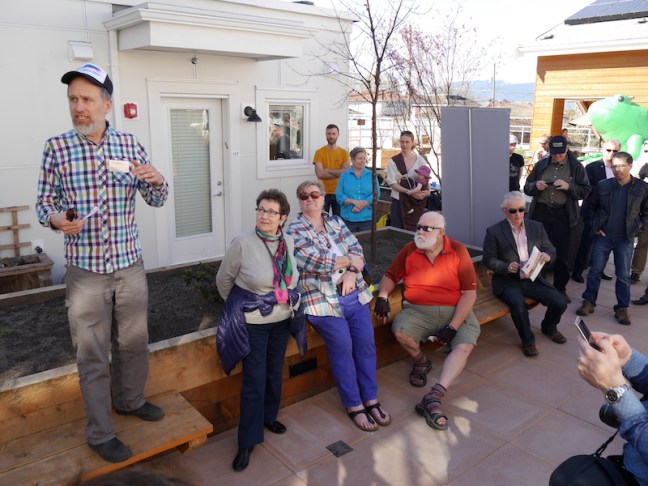 SolShare co-founder Rob Baxter described some of the technical aspects of the project. The 23 kW photovoltaic plant officially began generating clean, pollution-free electricity at the end of January 2016. 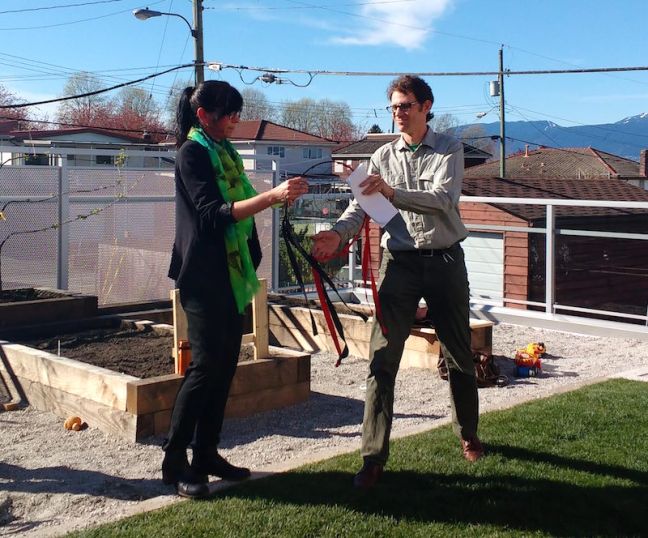 “Andrea Reimer of City Council acknowledged the effort of Vancouver Cohousing in forging toward its dream, ‘even though the negotiations involved in working toward your dream may at times have felt like a nightmare.’ She gifted us with a dreamcatcher on behalf of the City.

“Following the speeches, guests were invited to mingle, tour our facilities, and soak up the sun.

“I felt inspired by the vision of a green energy future, and proud to be part of such a forward-thinking community,” Heather wrote. “J-M, along with many of you who worked to pursue this vision, should feel very proud indeed. Today’s event sent out ripples into the greater community for what is possible.”