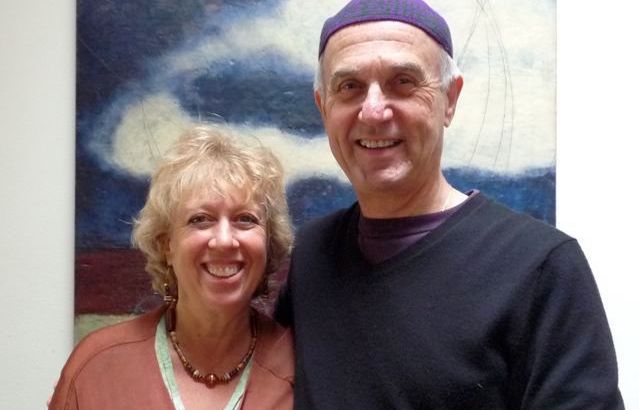 In troubling times, like Tuesday’s horrifying election result, I look to my teachers for guidance. “The commandment to love the stranger, repeated in Torah 36 times, must remain central,” wrote Rabbi Shefa Gold in an email today, “especially at this moment when a Trump presidency seems to rest on hatred and fear of the stranger.”

Shefa taught the chant leadership training I took 2004-2005 and often writes to graduates of the nine trainings she has led. There are a few of us here in Canada but most are in the U.S.

I want to reach out to that Pakistani Lyft driver who took me to the ferry yesterday, who, with his whole family had voted for the first time. We shared our hopefulness. And I felt his vulnerability, his uncertainty.

DonnaChava suggested that we all chant “Sham eten et dodai lach” – There I will give you my Love. Perhaps the “stranger” is that THERE. And perhaps so many of us feel like strangers in our land today. Now is the time for reaching out to the stranger within and to each other ….

Let us resist the temptations of laying blame and the temptations of despair and alienation. I’m suggesting first – self-care, and then compassion for the stranger. Let’s lean into our practice, and find the wide, long perspective.

So that chant became part of my self-care today, when I wasn’t  whipping up a stack of pancakes and taking an extended nap. When I woke up, the ugly reality was still there.

Like Shefa, I too felt hopeful on Tuesday. The Real Clear Politics website’s poll data pointed to an advantage for Hillary Clinton. I spent part of the morning with my friend Rabbi David Mivasair logging into the Democracy for America website to be a volunteer making calls to voters in North Carolina urging them to get out to vote.

By mid-afternoon, I set up a laptop link to the TV monitor in the common house lounge and began streaming the coverage that CNN had made free for the day. There was salsa and chips and I was cooking some brown basmati to go with the eggplant bharta that Paddy brought.

Several neighbours here at Vancouver Cohousing joined me for what was supposed to be a party but the mood slowly grew morose. I kept hoping for a miracle and didn’t turn off the coverage until Trump was well into his acceptance speech.

As another teacher of mine, Prahaladan, a classmate in the training 12 years ago, said in an email tonight:

I say – keep your center, your equanimity
Sometimes we win a battle, sometimes we lose; life is like that
Don’t despair, stay clear and strong
(only one day of bemoaning allowed)