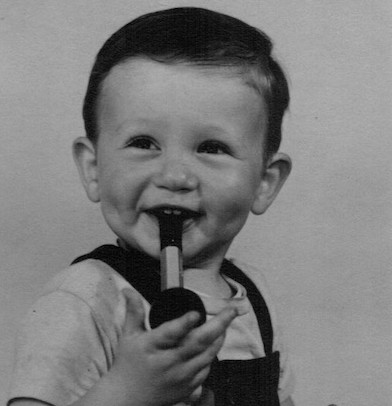 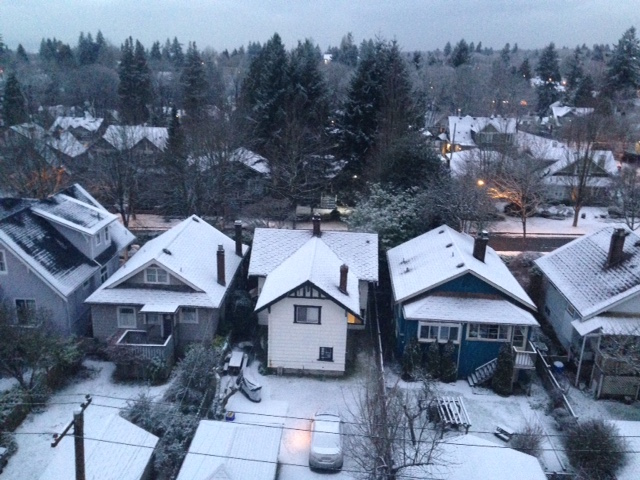 This morning I woke up to a light dusting of snow, the first flakes of this winter. Then for the fourth day I did my morning practice. It was a day to take care of business, including going downtown to sign a stack of cheques as a director of our cohousing community’s development company. And I picked up a wifi printer I plan to use in my new home.

Born in the Old Country – Winnipeg

I always say I was born in the Old Country – Winnipeg, Manitoba, where my parents, Hy and Molly Mallin, were also born. We moved to the Vancouver suburb of Burnaby in 1947 when I was nine months old. My sister was born in 1950. My dad sold TVs and we had the first TV on the block in 1952. All the neighbourhood kids crowded into our living room.

We were a secular family. But I believe that because my mom’s father, a Russian-born Orthodox Jew named Abraham Shuer, also moved to Vancouver, I had some Jewish education at a weekend Hebrew school. I became Bar Mitzvah at his synagogue, Schara Tzedeck. And then I dropped Judaism, typical for Jewish teenagers.

I found expression in playing saxophone and writing poetry. Burnaby South High School offered an extra English course in journalism. I could see it was possible to be a writer and make a living. At the University of B.C. in 1964 I spent all my time working on the student newspaper, The Ubyssey. When Simon Fraser University opened in 1965, I launched the first student paper, The Tartan. The Vancouver Sun offered me a part-time job as a reporter. Just 18 and writing for a big daily; I was in heaven.

At 20 I travelled by train and ship to Israel to study Hebrew. There I met Betsy, an Irish Catholic-American, on a kibbutz and we ran off to Paris. We lived together for five years in London, Vancouver, New York and Beirut, and then were married for only six months when we lived on Quadra Island off the coast of B.C.

Being alone over a winter on Quadra led me to look inside for the first time. And when spring came, for the first time I marvelled in the miracle of creation in the sweet blossoms on the apple trees, the tiny strawberries growing on rocks high above the water’s edge. At 27 I began searching for who I was and found some tools to work with in a mystical school called the Arica Institute.

I was part of a group opening an Arica teaching house in Toronto in 1975. But teaching meditation and other workshops did not pay the rent and in 1977 I was hired as an editor at The Toronto Star. In the Star’s cafeteria, I met Shoko, who had immigrated from Japan, and we were married within a year. A few months later, I got a job at The Province newspaper and we moved to Vancouver.