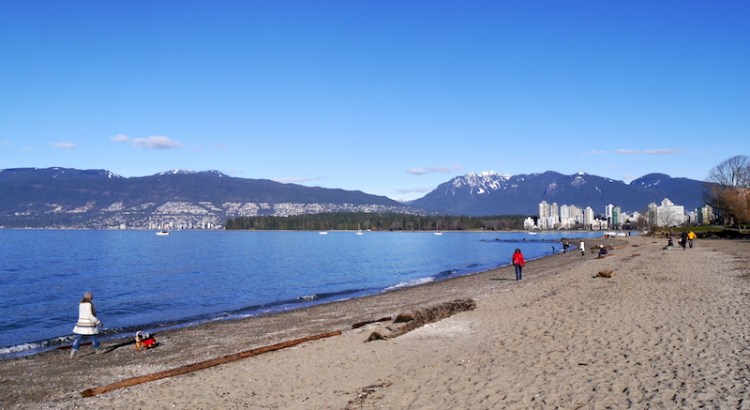 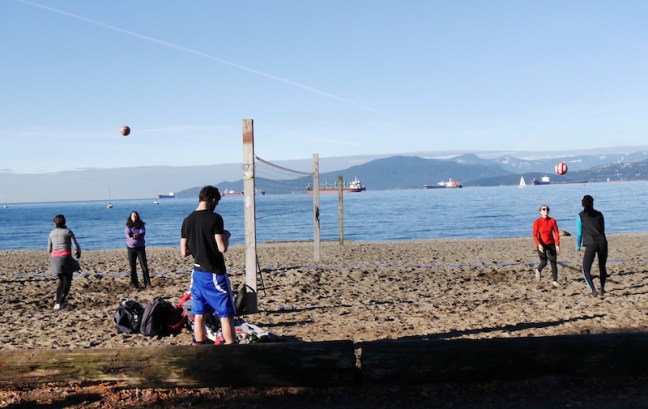 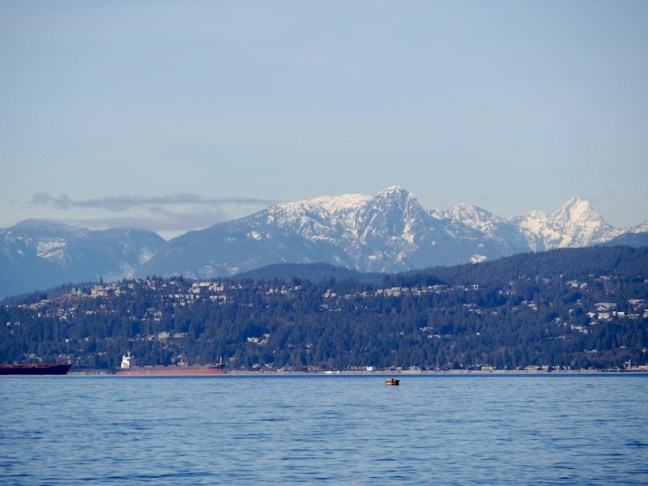 With brilliant sunshine and a relatively balmy 7˚C (45˚F), it was a perfect day to stroll at Kitsilano Beach and take in the beauty of Vancouver’s natural setting. People were walking their dogs, shooting hoops, playing volleyball. On a day like today, Vancouverites’ collective amnesia is in full bloom: “Rain? What rain? I don’t remember rain.”

This is my hometown and I am pretty close to a native, having left Winnipeg at nine months old. I’ve lived on several continents, but have always considered Vancouver my home. The mountains, ocean, temperate climate, easy access to recreation, rich diversity, fellow “nuts and flakes” who have gravitated to the coast, and an attitude of “working to live,” rather than “living to work”.

This afternoon, further down the beach, hundreds of people were gathered by the water. I approached and asked what it was about. They were members of local Greek Orthodox churches celebrating the holy day Epiphany that commemorates the baptism of Christ by John the Baptist.

A sacred procession carried a cross to the water’s edge and, after prayers in Greek and English, it was tossed into the sea to symbolize the baptism. Several boys and men then jumped into the chilly water to recover the cross and bring it back to land.

It was a unique experience, enhanced by chancing to meet my old Greek-Canadian neighbours, Jim and Maria, from when we had our house in Point Grey. It was a wonderful opportunity to catch up on our lives, especially our kids. I remember Jim and Maria had a bountiful fig tree with branches that reached over our back deck. Every year we looked forward to the sweet harvest. 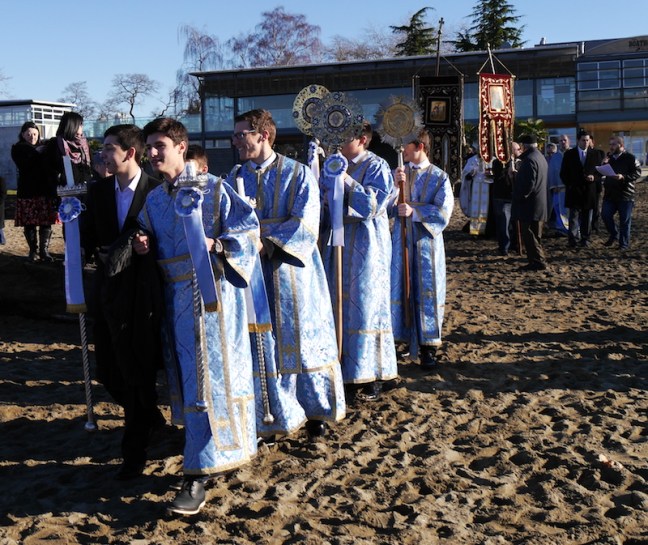 The Greek Orthodox procession down the beach to the water’s edge. 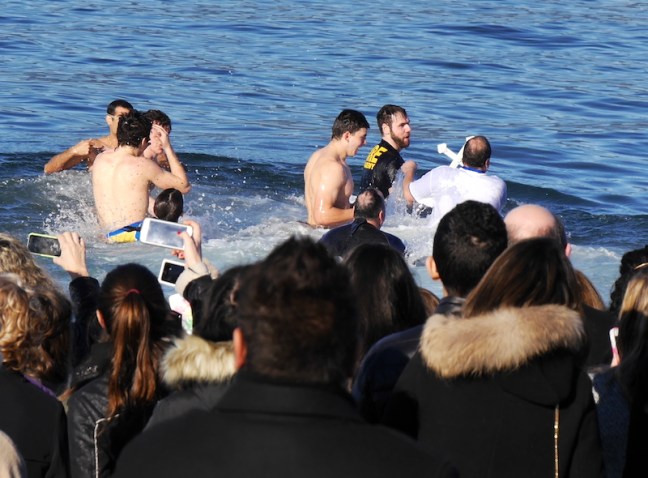 Boys and men brave the chilly water to retrieve the cross.

This evening was another prayerful event. Or Shalom member Barry and his family were observing Erev Shloshim, which marks 30 days since Barry’s younger brother Ilan died at 58 in Capetown, South Africa. After an evening service, Barry and his two sisters told moving stories about their dear brother.

This morning I rolled out of bed to do my daily practice, which makes 10 days straight. Then I hopped on the treadmill desk and walked briskly while watching Canada’s No. 1 player Milos Raonic beat tennis legend Roger Federer in straight sets to win the championship of the Brisbane International in Australia. Using my subscription to tennistv.com, it was a video replay of the match that had started at 1 a.m. Vancouver time. Still, I cheered like it was live. A great beginning to 2016 for Milos.