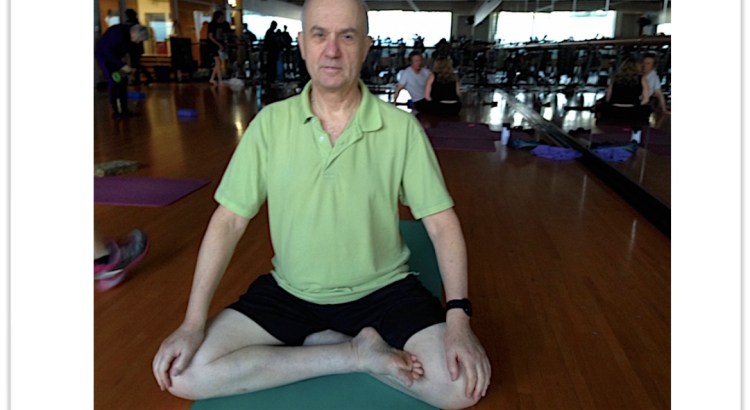 Big yoga day for me today: yoga in my daily practice and then a class in the morning after racquetball. This is not to say I’m a yogi. My body is very stiff but I’m confident bringing daily yoga into my life will help change that. I believe that yoga is the secret to helping stave off serious aging by developing flexibility in every way – physical, emotional, intellectual and spiritual.

I first began doing yoga poses in a 40-day training with the Arica Institute in Vancouver in 1974. I remember being determined to do a headstand. Starting in March, it took until I was camping in Grant’s Pass, Oregon, in September, to get upright and stay there.

Twenty years later in classes with Evelyn Neaman, a wonderful yoga teacher, there were many poses that I couldn’t do well, but I was always prideful of being able to stand on my head seemingly forever. But the old adage is that “Pride goeth before the fall.” Eventually, I lost the strength to properly support the pose and began putting too much pressure on my neck. I stopped.

Yoga feels so good when I’m focused and not lost in thought. My body says, “Thank you, thank you, thank you!” I love feeling virtuous that I’m taking care of myself. Someday I may become a zaida (grandfather in Yiddish) and I want to be healthy so I can be helpful. I’ve offered that whenever and wherever that baby is born, I’ll be there for the first year. Wouldn’t miss it for the world, although, as John Lennon said, “Life is what happens when you’re busy making plans.”

I’ve considered talking yoga teacher training to be able to offer what I call “forgiving limbs yoga,” aimed at people with flexibility challenges like mine, along the lines of the Yoga for Stiff Guys classes that already exist. But to do that well and safely for people I’d be teaching would require studying more about the human body than I care to take on. Besides, there’s more than enough paid and volunteer work in my retired life.

The common house at Vancouver Cohousing has a large studio for yoga and other activities. I have the idea of announcing I’ll be there early in the mornings and inviting others to come and share their practices. Our community includes two tai chi teachers, a yoga teacher and other treasures I’ve yet to discover. 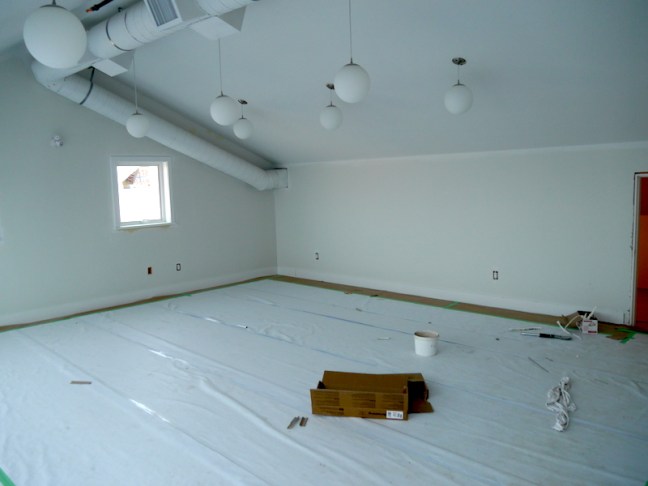 The studio is still under construction, with protection on the flooring.