A trio of amazing young musicians held me spellbound at the Sakura Days Japan Fair at VanDusen Gardens. Called Tsumugu Project, they are Chie Hanawa on Tsugaru shamisen, Keita Kanazashi on taiko (pictured) and shinobue flute, and vocalist Anna Sato.

They’re playing again Sunday afternoon at 3:25-4:05 at the Cherry Stage. The fair runs to 5 pm. The trio is on a Canadian tour, having already played in Toronto, and going next to Salt Spring Island for a taiko workshop on Thursday and performing on Friday before returning to Japan next Tuesday. 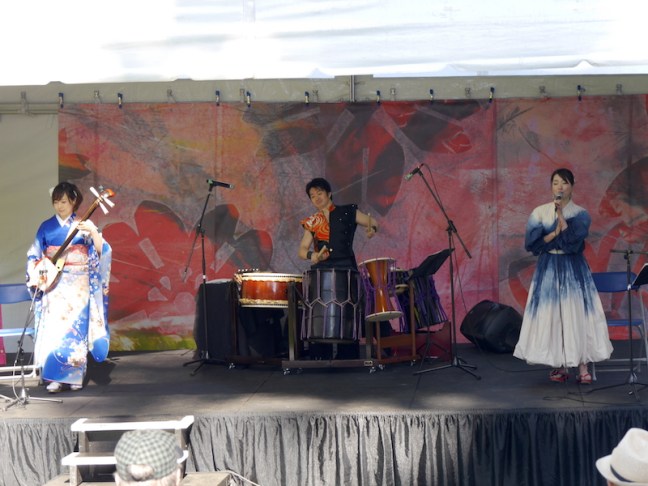 They are all strong, virtuoso musicians who can perform with both great power and tenderness. I played taiko for 10 years in both Japan and Canada so I particularly enjoyed Kanazashi’s energy, skill and creativity. Here’s a taste of their show on YouTube.

I was married to a Japanese woman for 14 years and lived in Japan for three years, so I consider myself a bit of a Japanophile. I never miss the Powell Street Festival in August. But I was surprised to learn the Sakura Days Japan Fair, a project of the Vancouver Cherry Blossom Festival, is in its sixth year and I’d never heard of it. 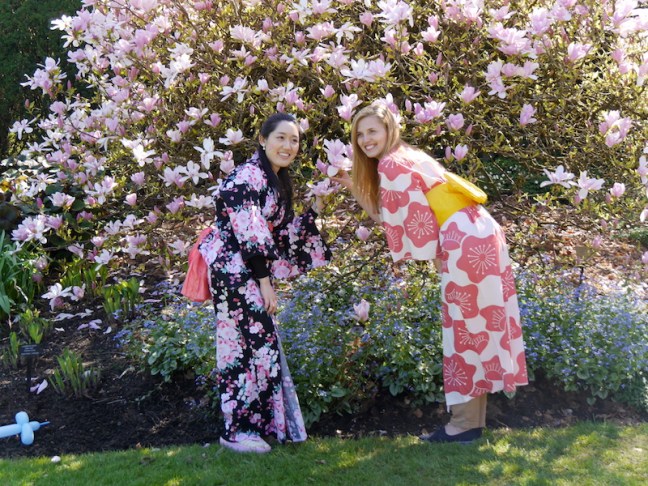