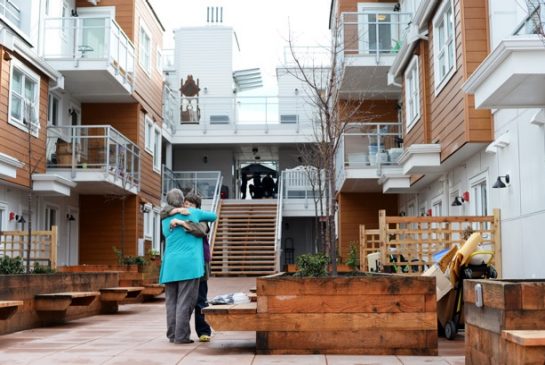 I can see the Vancouver Cohousing website will get a lot of hits from these stories and it still has us under construction; so, I’ll work on updating it before calling it a night. 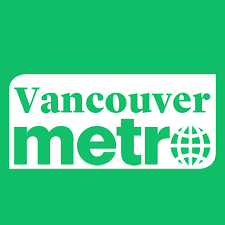 Cohousing – private units arranged around common areas – has officially come to Vancouver. Metro checks in with residents of the city’s first cohousing community.

Neighbours say they’re starting to feel like family just two weeks after moving into Vancouver’s first cohousing community – a type of housing where people own private units and share large common areas such as a community kitchen and playroom.

Residents officially moved into the 31-unit cohousing development on East 33 Avenue between Victoria and Knight at the end of February, nearly three years after the city approved the housing complex as an innovative way to make housing more affordable amidst the city’s real estate madness.

But the housing concept, which originated in Denmark and operates as close as Burnaby and North Vancouver, is about much more than affordability, according to residents who spoke to Metro about how the 48 adults and 18 children are adapting to their hyper-sharing lifestyle.

“There are no awkward silences in the elevator. It’s an opportunity for connection, to catch up with somebody,” said Lorne Mallin, a writer who is settling into his one-bedroom home in the community.

These neighbours already share vacuums, borrow cutlery and drive each other’s children to school, Mallin said. They’ve even managed to make all their decisions together by 100% consensus “without going crazy or meeting endlessly,” he added.

The residents own their own strata units with fully equipped kitchens (they can sell anytime, and there’s a waitlist to buy).

They see themselves as groundbreakers for the housing type and hope they inspire other cohousing communities. (Two more are underway: Little Mountain Cohousing and Our Urban Village Cohousing.) Mallin recommends they hire local architects who know how to wade through the city’s planning department.

And so far, residents report no neighbourly annoyances, merely the feeling of excitement that they actually pulled the project off despite numerous hurdles.

Next-door neighbours were concerned about the size of the complex shadowing the neighbourhood, the urban design panel rejected their design twice and it was challenging to get the money together to build, said resident  Darcy Riddell.

Clearing these challenges, not to mention moving into a brand-new building with solar panels and electric car charging, created strong social connections, said Riddell, who lives with her husband and two children.

“There’s a trust and a resilience to the relationship already, even though we haven’t lived face to face,” she said, as children played in the courtyard Thursday evening. “It just feels like this community is coming together.”

People are already swapping garlic for rosemary and sharing childcare, she said, so it definitely feels like a family. (It doesn’t hurt that eight units were purchased by people who are actually related to at least one other owner, Riddell said with a laugh.)