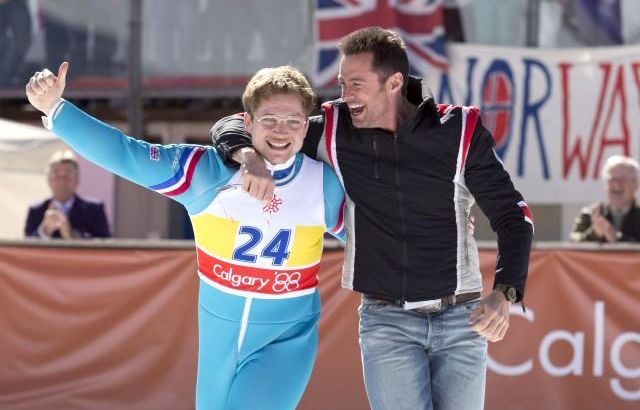 I love being moved to tears at movies, especially when they celebrate the triumph of the human spirit. Tonight my buddy Roni and I saw Eddie the Eagle, which recounts the story of Michael “Eddie the Eagle” Edwards who fulfills a lifelong ambition of becoming an Olympian.

It’s a very good feel-good movie. Some of my favourites sure to open the tear ducts include The Shawshank Redemption, The Lunchbox, The Full Monty, Chef, Sister Act and so many more.

Eddie was a fair English skier who switched to ski jumping because Great Britain had never competed in the Olympics in that sport and it was easier to qualify for the 1988 Calgary Winter Games. He faced many obstacles but won a place on the British team and became the darling of the Games for his unorthodox style and boundless joy at being there. History records that he came dead last.

Taron Egerton plays Eddie and Hugh Jackman his fictinal American coach Bronson Peary. Jim Broadbent plays a British broadcaster who coins the nickname “Eddie the Eagle” for the way Eddie flapped his arms in celebration, and Christopher Walken has a cameo as the coach for Bronson back when he was a troubled golden boy.

I remember working on the newsdesk at Vancouver’s Province daily newspaper during the 1988 Games. Eddie was the human interest story of the Olympics and transcended the sports pages.

Ironically, while Canadian locations often stand in for places in the U.S. and elsewhere in movie shoots, in this British production Oberstdorf, in Bavaria, Germany, stands in for Calgary’s ski jumping centre. 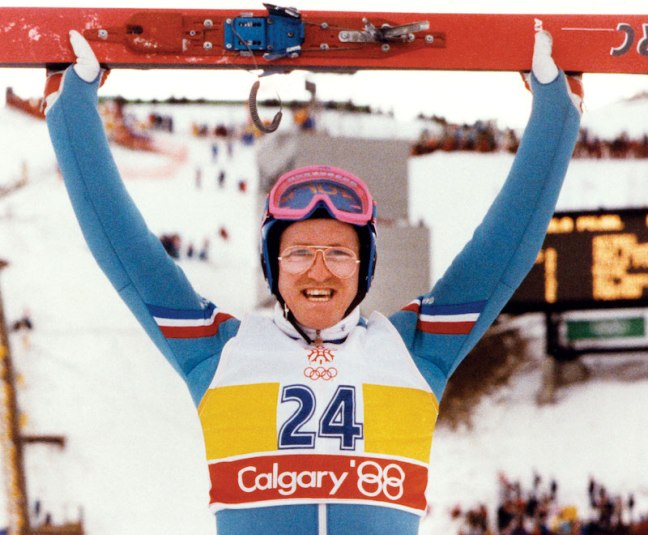 The real Eddie at the 1988 Calgary Winter Olympics.